Commonly known as NZSX, the NZX main board has equities and funds which are listed on its national stock exchange called the New Zealand Exchange (NZX).

It boasts some of the most prominent and the largest companies of New Zealand, which are also globally acclaimed for their products and services.

There are a total of 186 instruments that are trading on the NZX main board, with a cumulative market capitalisation of more than NZ$187 billion as on 7 July 2021. 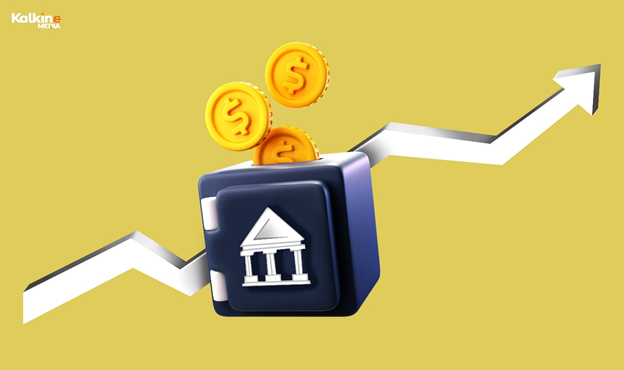 Let us now look at some of the most popular NZX stocks along with their latest updates.

One of the largest and the most popular NZX stocks is Fisher & Paykel Healthcare Corporation Limited. Established in 1969, FPH is known for designing and marketing quality products and systems related to respiratory and acute care. Its products are used worldwide, impacting the lives of millions of patients every year.

Its Annual Shareholders’ Meeting will be held on 18 August 2021, which can be attended both virtually as well as physically.

Must Read: Why to explore 10 hot NZX-listed dividend stocks in July 2021?

Coming up next is Spark New Zealand Limited, which is the largest telecommunications and digital service provider in the Kiwi land. Apart from being the retailer of fixed and mobile voice services, the Company also offers broadband, entertainment media, and cloud computing, among many of its services.

As per the latest update, due to disruptions caused to the Board by COVID-19, the Company has extended the tenure of Ana Wight, its Future Director, for five months. Instead of 31 July, her tenure will now end on 31 December 2021.

Don’t Miss Reading: Which are the top four telecom companies in New Zealand?

Being in the real-estate space for more than 25 years, Kiwi Property Group Limited is NZ’s leading owner and manager of retail property. Majorly, its properties are centered around Auckland, Hamilton, Palmerston North, Wellington, and Christchurch.

As per the latest updates, KPG has revised the indicative margin for its Green Bond offer to 1.25%-1.35% p.a. However, the minimum interest rate of 2.85% p.a. remains unchanged.

Read: What is the trading volume of 4 NZX stocks amid market session?

Another popular stock among Kiwi investors is Sky Network Television Limited, which is a famous broadcasting company in the country. The Company had held its investor day, where it laid emphasis on data-driven and customer-centric approaches.

Moreover, its 3-year targets include stabilising its Sky Box customers by delivering content that matters to them, enhancing its revenue in the range of NZ$75 million-NZ$100 million p.a. as well as investing 50-60% of capex in various growth initiatives by FY24.

On 7 July, Sky Network Television was flat at NZ$0.172, at the end of the trading session.

Following next is Oceania Healthcare Limited, one of the most sought-after stocks from the healthcare space, which offers rest homes, independent living, and hospitals across the country. In its recently held, Annual Shareholders Meeting, resolutions were passed for the re-election of Alan Isaac, Dame Kerry Prendergast, Sally Evans, and Gregory Tomlinson as Directors of the Company.

The shares of Oceania Healthcare remained unchanged at NZ$1.500, at the end of the trading session, on July 7.

Meridian Energy Limited is the country’s famous electricity generator and retailer. It makes use of renewable sources for generating its energy. Recently, S&P Global Ratings has affirmed MEL’s corporate credit rating of BBB+.

Coming up next is another popular NZX stock, Infratil Limited. The infrastructure investment company owns electricity generators, airport, and telecommunication networks, among many of its businesses. The prime objective of the Company is to invest in growth sectors to give good returns to its shareholders.

It has scheduled its Annual Meeting on 19 August, and a list of Director nominations can be sent by 20 July.

Another company that operates in real-estate space is Property for Industry Limited. It primarily invests in industrial properties, and its portfolio consists of about 94 properties valued at about NZ$1.6 billion. PFI has recently refinanced its syndicated bank facilities worth NZ$300 million. Moreover, BNZ has provided an additional two-year loan facility of NZ$100 million to the Company.

At the end of the trading session ,on 7 July, Property for Industry was flat at NZ$2.9.

The a2 Milk Company Limited is another interesting stock among NZ investors. The dairy brand is known for its nutritional milk products and has operations spread across Australasia, North America, Greater China, and other emerging markets.

ATM has recently confirmed about getting consent for its proposed acquisition of a 75% stake in Mataura Valley Milk (MVM), thereby enhancing its manufacturing capacity and strengthening its strategic relationship with China, its key partner.

Last on the list is Auckland International Airport Limited, which is yet another sought-after NZX stock. AIA is a major airline hub in New Zealand and will announce its annual results for FY21 on 19 August 2021. Further, the Company’s Chief Executive and CFO will conduct a webcast for analysts and other stakeholders on the same day.

Auckland International Airport witnessed a gain of 2.44% at NZ$7.550, at the end of the trading session, on July 7.

Must Read: Why to consider investing in industrial stocks?