Forests absorb vast amounts of harmful carbon dioxide from the atmosphere through a process called photosynthesis that helps balance the oxygen levels in the air, critical for survival of many living beings on Earth. Unfortunately, this remarkable ability of trees and plants could be waning.

According to a recent study by NASA published in the journal Science Advances, although rainforests like the Amazon still soak around 80% of carbon from the atmosphere, their ability to absorb the gas has been diminishing in recent years. The findings assume significance in the light of global warming.

Scientists from NASA’s California-based Jet Propulsion Laboratory studied data from the last two decades of the world’s vegetated areas like forests and savannas to understand whether the planet’s green cover was soaking enough CO2. They found that tropical forests absorbed four times more carbon dioxide than temperate and boreal regions, but their capacity has declined.

The decline was caused by widespread deforestation, habitat degradation, and climate change effects like droughts and fires. The researchers found that the carbon released by such disturbances counterbalance almost 90% of the carbon that forests absorb around the world.

So, how will this study help scientists in mitigating this mammoth environmental challenge?

According to Nancy Harris, a research director at Washington’s World Resources Institute and one of the study authors, the maps of carbon sources and sinks created as part of the research will help uncover where and how the Earth’s green cover is absorbing or emitting carbon dioxide.

In the past, most forest studies had no spatial data in the form of a satellite-based map to show where the carbon fluxes have been occurring. As a result, there was limited scope for a complete understanding of the changes. However, there’s more work to be done, she added.

Information on where and how plants absorb or emit carbon is critical to monitoring how the forests respond to a changing climate, said lead investigator of the study Sassan Saatchi, who is also the principal scientist at NASA’s Jet Propulsion Laboratory. 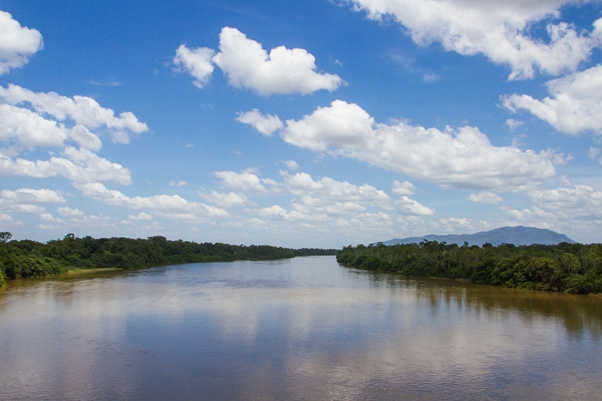 The Amazon rainforest has been considered a major carbon sink. Still, the study showed that large-scale destruction of forests, and the impact of global warming over the past two decades rendered it almost neutral for carbon balance, he added.

Trees and plants collect carbon from the atmosphere, and it gets absorbed into the wood and other natural structures. High carbonated areas are also called carbon sinks because they absorb more carbon than they emit through processes like respiration or combustion.

Harris explains that if people don’t understand how these forest ecosystems absorb or emit carbon or get these patterns right, they would be missing out on the factors affecting the carbon cycle.

Saatchi is optimistic that constant research on carbon sources and sinks will help better monitor the green cover on Earth and help guide the climate mitigation efforts.