Excitement In Air As Nasa’s Perseverance Rover Lands On Mars

Scientists at the National Aeronautics and Space Administration (NASA) were in an ecstasy of joy after the Perseverance Rover made a historic landing on Mars Thursday. NASA is expected to release some of the rare photos of the landing and nearby areas taken by satellites over the next few days.

The excitement was intense at the US space agency around the landing time as scientists kept themselves active collecting new data on the progress while others stayed glued to their telemetric screens. It was only after a final confirmation that the robot has landed, astronauts heaved a sigh of relief, for which, they have been preparing for months and years.

Perseverance touched down on a crater called Jezero, some 2 km southeast of the site of an ancient river delta. Satellites are currently scanning the area to relay more data and images back to Earth.

Scientists were thrilled by the performance of the robot’s in-built hazard-avoidance equipment, which helped the rover to move out of the way of obstacles before landing.

NASA scientists will inspect the hardware and software of the Perseverance Rover in the coming days to check if some optimization of the systems would be required. They were previously prepared for a hard landing, but the rover managed to stay on course and landed without trouble.

Due to the pandemic, NASA has allowed only a limited number of scientists to work from its Jet Propulsion Laboratory. In the coming days, they may be working from their homes on laptops. 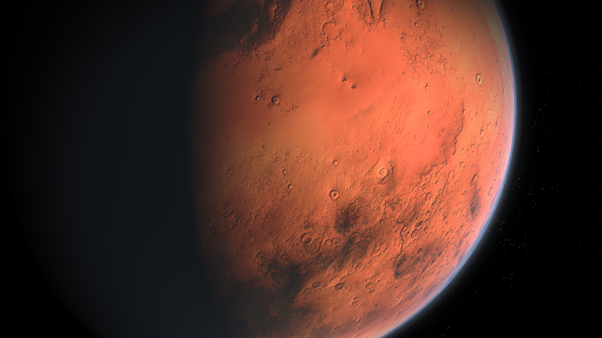 What will Perseverance do on Mars?

The main task of the robot is to find signs of ancient microbial organisms. But before that, it will survey the delta system closely with the help of a mini-helicopter onboard the rover.

Scientists are hoping to find remains of past living organisms in the carbonate rocks of the delta. Satellites have spotted them around the crater’s rim. These rocks can provide a glimpse of past biological activities. The robot will move towards the rocks after surveying the base of the delta.

It will collect the most promising rock fragments in small tubes and deposit them on the floor of the delta to be collected in future missions to Mars, scientists say. Experts are eagerly waiting to see the live broadcast from the planet with the help of a high-tech camera attached to the mast of the rover.

Besides NASA, China had also launched a Mars mission named Tianwen-1 in July last year. The rover was expected to enter the planet’s orbit around February before scouting for a suitable landing site. It is also fitted with a high-resolution camera and is expected to land on Mars in May.

The possibility of finding evidence of past life on Mars has always intrigued scientists for generations. These missions are expected to provide key information about the planet and will help shed light on various aspects of the planetary body, which were hereto unknown.