So much so that even the Everest was not spared of the grips of this deadly virus. Concerns are rising as the second wave of COVID-19 has found its way to the highest points of Nepal are rapidly getting engulfed by the spread of the disease. 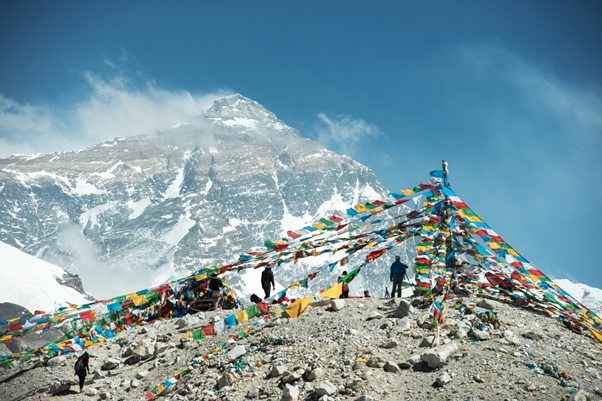 Recently, there have been 17 new positive cases have been found at the Mount Qomolangma base camp which is situated in the west of Mount Everest. The experts are worried that the extremely low temperatures and the generally low levels of oxygen in this region might make things worse for people suffering from the disease. Several mountaineers are still hopeful of going ahead with their 8848metre summit which happens annually, currently quarantined, but at the rate at which the disease is spreading, there is need for stronger action to be taken.

Already having suffered heavy losses due to no tourism and mountaineering in the previous year, due to COVID -19 lockdowns, Nepal has a serious issue at hand. Ven though the government tried to keep the news about people catching the virus in the mountains under wraps, word got out. It was further found that 20 mountaineers were airlifted from Dhaulagiri after 5 of them had tested positive for the virus. Another cause for concern is that Everest sees travellers from across the world and if things go sought, they could be carriers of the disease to their respective countries eventually as well.

With growing number of daily COVID-19 positive cases, the government is trying different measures to contain the outbreak, so it does not amount to becoming something as ghastly as its neighbour, India which is currently facing the worst of the virus. With over 9000 cases witnessed yesterday, the numbers are increasingly alarmingly. Mr. Hridayesh Tripathi, the health minister had warned of 15000cases a day by the month of July.  At the rate at which things are currently moving however, it may happen a lot sooner than that.

Also read: Is NZ Tourism Industry Ready For The Influx Of Tourists Post The Commencement Of TransTasman Bubble?

The tourism industry has most undoubtedly suffered immensely across the world due to the COVID-19. While several places in the world have been able to manage things better than the others and life travel restrictions are gradually being lifted, for instance, the Trans-Tasman bubble between New Zealand and Australia, some countries are still in the thick of fighting the disease with renewed lockdowns being imposed in an attempt to get things under control.