Inflation jumps to 30-year high in NZ, what to expect from Australia?

Inflation in New Zealand jumped to its highest level since 1990 in the March 2022 quarter. Stats NZ recently reported an inflation rate of 6.9% during the first quarter, which was still below market expectations of over 7%. The latest inflation figures are staggering and not unique to New Zealand.

Inflation has become the talk of the town ever since the Russia-Ukraine war ensued. The result of the war has largely been felt in energy prices, which has ultimately led to higher consumer prices. High inflation has also become a pronounced phenomenon in Australia, where rising prices have pushed the interest rate hike closer.

All eyes are now fixed on the upcoming inflation data due next week on April 26. Given the rapid rise in inflation worldwide, it can be expected that Australia would also develop a similar pattern. However, so far, Australia’s resilience to global shocks has been commendable. The country has withstood inflationary pressures better than the rest of the world.

How is inflation faring in Australia?

Inflation has taken a swift path upward, leaving little room for the Australian economy to adjust. The rise in prices has such a stronghold on the economy that the Reserve Bank of Australia (RBA), for the first time, let go of its patient stance regarding the interest rate outlook. In the latest monetary policy meeting, a change of tone was visible in RBA Governor Philip Lowe’s speech. 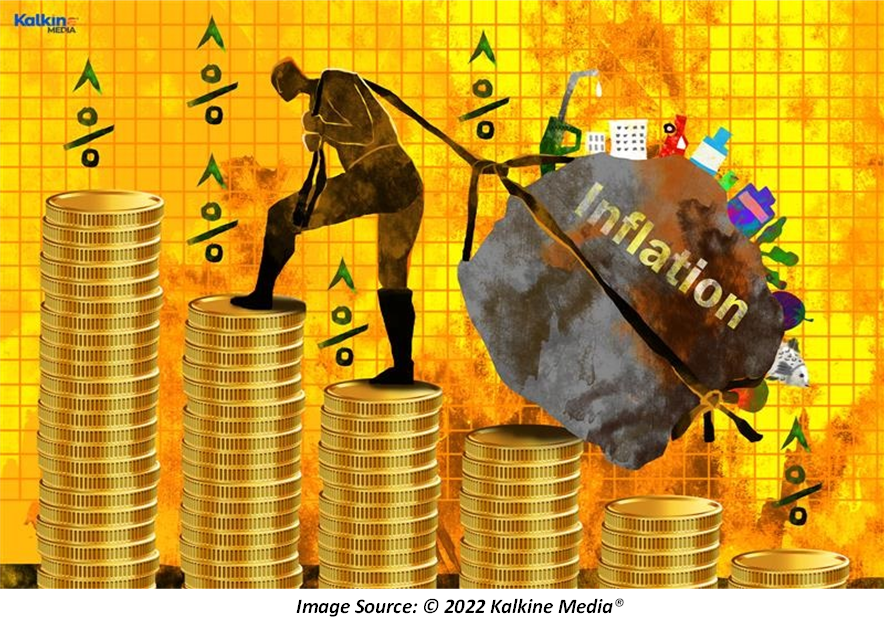 Experts have suggested that soaring inflation has compelled the RBA to push rate hike dates closer. The ongoing developments have pushed forward the likely timing of the first interest rate hike. In fact, the target band of 2-3% is expected to be surpassed in the upcoming inflation data.

Analysts have given a prediction of core inflation jumping by 1% or more in the March 2022 quarter. This would equate to an annual inflation pace of at least 3.2%, which is just above the RBA’s target band. Once the band is outstripped, the RBA might have little choice but to increase the cash rate.

DO NOT MISS: Big banks predict interest rate rises in next six months

What to expect from the Australian economy?

Australia has fared differently in these trying times. Be it the prolonged period of record-low interest rates or even the possibility of higher economic growth despite a high inflation period.

Why Rental Rates are High in Australia?

The slight upgrade in growth projection also highlights the fact that the economy is largely expected to grow even as cost-of-living pressures are high. The latest fuel excise cut, proposed as a part of the Federal Budget, seems to have immensely helped create this forecast for Australia.

According to the IMF, the Australian economy may not see a sharp dip in economic growth even with raging inflationary pressures. Consumer spending and businesses activity is largely expected to stay steady.

What is happening in New Zealand?

Consumer prices have continued to rise in New Zealand, despite many easing measures being taken by the government. A reduction in fuel excise was also seen in New Zealand, similar to Australia. However, the New Zealand economy is expected to see inflation peaking in the coming months.

The main driver behind soaring consumer prices in Kiwiland is the nation’s housing sector, which has observed a strong price growth. However, a slowdown is building up in the Kiwi property market, which is likely to show an impact on overall inflation.

In a nutshell, neither country is expected to stay immune to the global inflationary pressures. Meanwhile, government policies and the performance of economic indicators will largely shape the economic outlook. Further clarity is expected to arrive once Australia’s March quarter inflation data is released next week, paving the way for the crucial data on wages, which will be out on May 18.