What is underground economy? 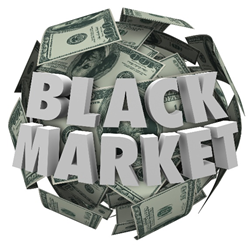 Why are shadow economies created?

Exorbitant tax rates are a factor for tax evasion. This is in addition to the public's general attitude, which has a block towards tax payments. However, when individuals and businesses do not declare their economic activity and are concealed away from the government's eyes, they can escape the radar of tax authorities.

Improper implementation of private property rights and lack of fear of police enforcement of laws contributes to the courage to function in a shadow economy. However, strict legal actions and heavy penalties may deter such operations.

Lack of employment opportunities encourages people to be involved in illegal activities and criminal activities. Being involved in a shadow economy allows such people the sense of belongingness to the community and also gives them an opportunity to rise in the given set up. Lack of skills to join the workforce in the mainstream economy, underemployment are all motivations for a person to seek shelter in the shadow economy to earn more money.

There are countries where banking penetration is still inferior, and as a result, people look towards moneylenders who operate in the underground economy. Lack of banking access helps such money lenders and their associates to grow in size and make lots of money while exploiting the borrowers for their benefit. Borrowers are charged a very high interest rate on loans and have unfair repayment conditions.

Similarly, if the goods traded in informal economies increase in demand, then the economies mushroom at a faster rate. For example, teenagers and youth are getting involved in consuming illegal drugs, and thus the markets are flourishing. Although unseen, they are around various educational institutes, hostels, and other spots frequently accessed by youngsters.

People also tend to enter the shadow economy for an income stream to supplement other jobs which may not pay well enough. The people decide to operate in shadow economies also becuase they see a higher degree of freedom that is not possible in the mainstream organised sector.

Areas which are prone to increased illegal migration are prone to the development of underground economies too. The rationale here is again lack of access to employment opportunities due to lack of identity proof or required educational credentials or loopholes in the possible verification process.

What could be the effects of the underground economy?

Because of the concealed or illegal nature of transactions, underground economies operate with the usage of cash. As a result, with expansion in their operations, the demand for currency increases in the economy.

People working in the underground economy means a loss of labour hours to the mainstream economy. This impacts the output statistics also in the economy. When employment is lesser in the official markets, the output is bound to decline and thus adversely affect the GDP of the area.

The GDP growth is sub-optimal because government misses out on tax revenue that government taxation schemes could have generated with mainstream operations. This impacts government's ability to spend on infrastructure requirements and other welfare schemes. On the whole, the economy's welfare may also be sub-optimal in such cases because the living standard is relatively lower in nations with lower GDP. However, empirical studies show that a significant part of the income earned in shadow economies is spent in the mainstream economy.

When the tax revenues of the government do not suffice, public infrastructure quality suffers. Now to meet its other expenses, if the government charges a higher tax rate, it may create dissatisfaction among taxpayers. Such scenarios may even motivate them to evade taxes. 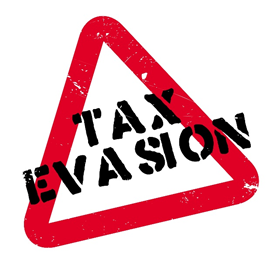 Government experiences a massive loss of tax revenue. In addition, with the expansion of underground economies, there is increased consumption of demerit goods like recreational drugs- in the long term, it harms the public's health. It ultimately depletes the quality of human capital in the economy.

What are the ways to measure the underground economy?

Underground economy can be measured in various ways like a sample survey or a tax audit. A tax audit measures undeclared taxable income in order to assess the size of the underground economy. These measures are classified as direct approaches.

There are several indirect approaches as well. National accounting statistics may be put to use for this purpose. It will help assess the gap between income and expenses. Another method could be with the help of labour force statistics. With an assumption that the labour force participation rate is constant, the statistics will see a decrease in the labour participation rate in the mainstream economy when more people move towards the underground economy. Even the volume of transactions can help gauge the size of the shadow economy. The gap between the official GDP and nominal GDP can be a helpful estimate for this purpose. In addition, if demand for cash increases, it could be an indicator for increased transactions in the shadow economy. Another prominent method to measure the size of the shadow economy is the physical input (electricity consumption) method.