Elliott waves are price patterns, first discovered by R.N. Elliott in 1930s, who described the pattern’s characteristics on wave principle.  The theory was an inspiration drawn from the Dow Theory, which, coupled with some natural observation, emerged as one of the most prominent tools used in technical analysis.

Ralph Nelson used wave principles to describe the price movements of the financial market, which later turned into what today is studied as wave principle of Elliott waves. 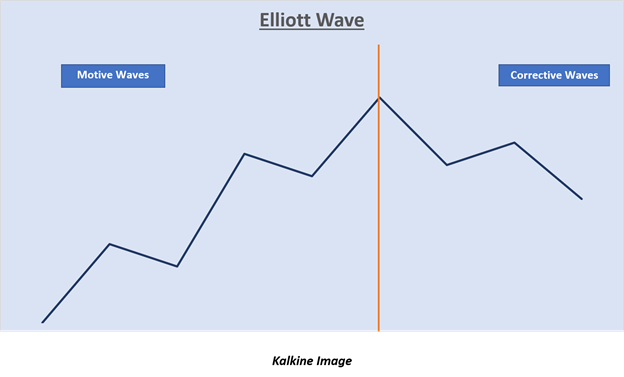 There are two types of motive waves, i.e., impulse waves and diagonal waves.

Impulse waves are the strongest types of motive waves that follow some observational rules and could be identified by a 5-3-5-3-5 structure.

In an impulse wave, the Wave 1 and Wave 5 are always motive waves (could be impulse or diagonal), Wave 3 is always impulse, and Wave 2 and Wave 4 (sub waves) are always corrective.

Some Features of Impulse Waves

In an impulse wave, usually, one of the motive waves, i.e., Wave 1, Wave 3, and Wave 5 is extended. An extended impulse wave is just an elongated wave, and the basic principle underlying wave extension is that, if one motive wave is extended, the other two motive waves should be approximately of the same length.

The Elliott theorist usually uses this rule for forecasting the length and time of the future movement or the wave, that would enfold.

Diagonal waves are another type of motive wave, which usually follow the rules governing impulse wave, except one, i.e., Wave 4 never reaches the price territory of Wave 1 – through the starting point to the ending point.

Diagonal waves are often contracting in nature, though it could rarely be expanding as well, and there are two types of diagonal, i.e., ending diagonal and leading diagonal.

In an ending diagonal, sub waves 1,2,3,4 and 5 always take corrective-wave form and is only formed as fifth wave of impulse waves. 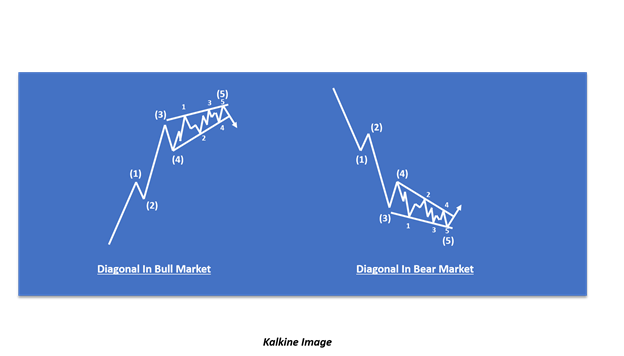 While motive waves are relatively easy to spot and act on, identifying, corrective waves could become really daunting, especially for novice traders due to its vast variations.

There are basically three types of corrective waves, which could be identified from there structure;

A flat is a sideways form of correction that follows a basic 3-3-5 structure. In flat, Wave A and B are always corrective, and Wave C is always a motive wave.

Wave B usually retraces more than 90 per cent of Wave A. 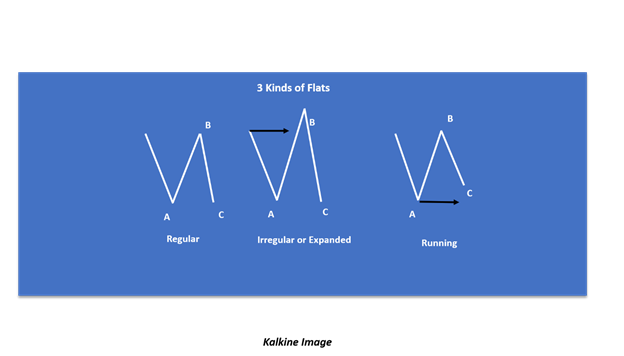 There are three types of flat that are classified w.r.t the ending and starting point of Wave A, B, and C.

Triangle is typically a sideway corrective wave with 5 waves that follow the 3-3-3-3-3 structure. There are three types of triangle w.r.t the relative steepness of its high and lows connecting triangle.

Apart from the three-common structure, corrective waves can also take a series of combination, i.e.; it could show two or more structure simultaneously.

Which ASX energy stocks are set to ride the next big market wave?