What is a drone?

A drone, also known as an unmanned aerial vehicle, is a crewless aircraft that is controlled remotely. Drones can even fly via software-controlled flight plans installed in the system, working together using onboard sensors and GPS.

Over the years, drones have become critical for several businesses and government organisations. From industries engaged in quick deliveries to unreachable military base, drone technology’s role remains crucial and has proved immensely beneficial.

Whether a drone is operated using a remote or accessed using a mobile application, the best part of the technology is that it can reach the most isolated areas with little or no workforce required. This is the reason behind drones being adopted by most of the countries across the globe. 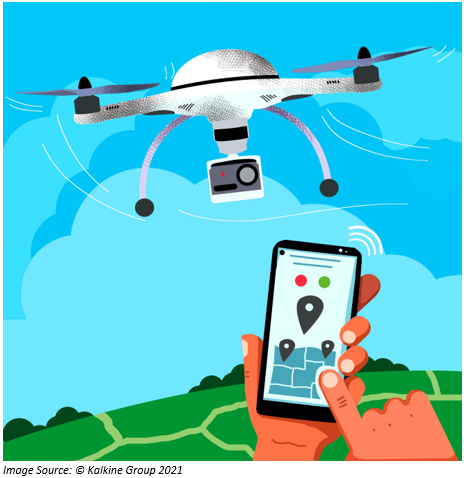 How does a drone work?

A typical drone is made up of light composite materials to reduce the weight and increase its movability. With these features, drones can cruise at high altitudes.

Some drones have an inbuilt camera that allows the pilot to view the places where the drone moves. The user can see the areas/regions that could be explored earlier and are beyond people’s reach.

Connectivity refers to the means through which the user connects drone. It could be through a smartphone or a tablet. Wireless connectivity helps the pilots view the drone as well as the nearby surrounding from a birds-eye viewpoint. Users can also use the applications to pre-program specific GPS locations and create an automated flight path beforehand. Further, the user can track the battery in real-time.

Rotors comprise of a propeller that is connected to the motor to hover. To hover, two of the drone’s four rotors move clockwise so that the drone's sideways momentum is balanced. Also, to prevent throwing the vertical motion off-kilter, the remaining two rotors increase their spin.

An accelerometer helps in feeding data to the drone comprising details related to the drone’s speed and direction. On the other hand, altimeter updates the height of the drone. With these features, the drone can land slowly and safely to the target location.

These are the most common types of drones that are being used by professionals. These drones are used for aerial photography, aerial surveillance. Multi-rotor drones can be further classified into:

Out of these four categories, Quadcopter is the most common and widely used. These drones are easy to manufacture and are comparatively cheap. However, the drawback with these drones is that they have limited flying times, limited strength, and speed. Thus, multi-rotor drones are not appropriate in cases such as long-distance aerial mapping. 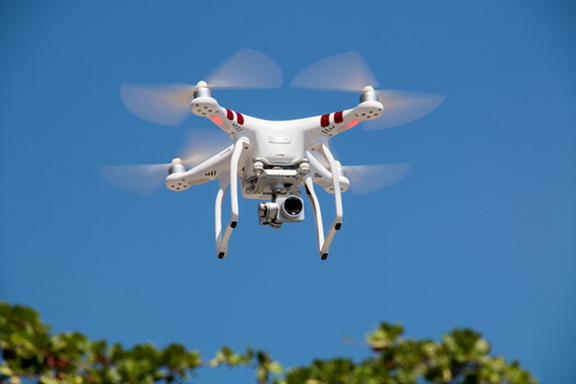 Fixed-wing drones have a completely different to multi-rotor drones, both in terms of build and design. They appear like a normal plane and do not use energy to stay sailing on air. They move in a set course as programmed or set by the guide control.

Fixed-wing drones can fly up to 16 hours and beyond. However, they are quite expensive, and it needs a runway or a parachute or a net for a safe landing.

Single Rotor Helicopter looks similar to an actual helicopter. It has one big-sized rotor and a small size rotor on the tail that controls the drone in its heading.

Single rotors are much efficient as compared to the multi-rotor version. These can fly for a longer durations and can be powered through gas engines. The cost of these drones is quite expensive.

The Hybrid VTOL version of drones has combined benefits of both fixed-wing and rotor-based models. With the arrival of new generation sensors such as accelerometer and gyros have provided a new life and direction to these drones.

These drones can be guided through remote-based manual control or could also be programmed on their desired course.

The most common form of drone under this category is the drone used in Amazon commercial.

WPP, TRMR, SAA: Advertising stocks you may check out