The primary Canadian index continued to fall on Thursday morning, June 30, as it opened the session 274.2 points lower at 18,804.44 at 9:31 AM EST, with healthcare and energy stocks sinking. Recession fears arising from more interest rate hikes to combat inflation seem to be affecting investor sentiments broadly.

In such market scenarios, Canadian investors can prefer to explore TSX utility stocks like Emera (TSX: EMA) and Canadian Utilities (TSX: CU) for the long term, as these players are often considered to be safer than others as the companies provide products and services that are generally necessities, like electricity.

Let us talk about these two TSX utility stocks.

Emera has revealed that its subsidiary, Emera Technologies, together with NOVONIX Limited (NASDAQ: NVX, US: NVX), launched a custom-designed microgrid battery prototype earlier in June.

EMA stock swelled by seven per cent in the past 52 weeks. As per Refinitiv, EMA held a relative Strength Index (RSI) of 46.54 (moderate level) on June 30.

CU stock spiked by approximately 12 per cent in nine months. According to Refinitiv data, CU held an RSI value of 47.78 on June 30. 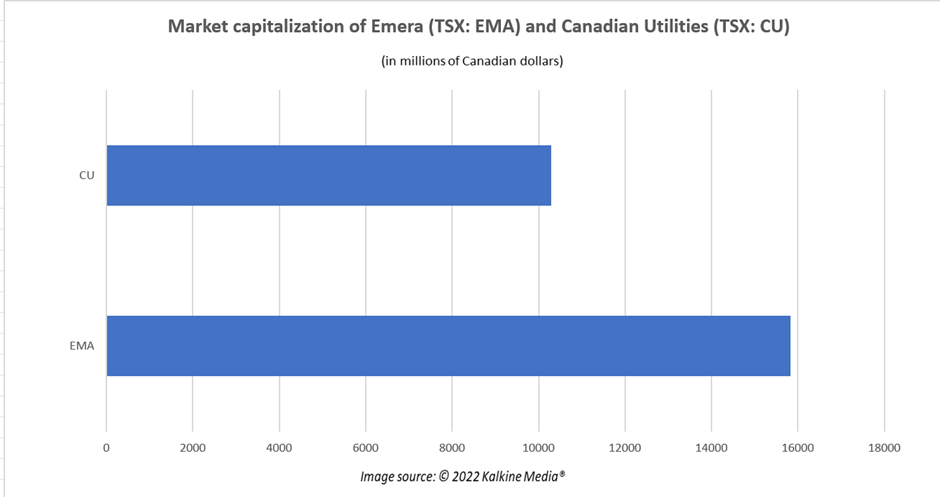 TSX utility stocks like Emera Incorporated (TSX: EMA) and Canadian Utilities (TSX: CU) can be considered by investors seeking some stability amid the ongoing market tensions. These TSX utility stocks can serve as a safety net against market volatility to a certain extent. They are also known to pay dividends.