Berkshire Hathaway Inc. (NYSE:BRK.A), the holding company owned by ace investor Warren Buffett, sold its entire stake in oil and gas industry giant Suncor Energy Inc. (TSX:SU). This has come as a major shock to the Canadian energy sector since the entire industry are reaping benefits from the recent increase in oil prices as economies step out of the COVID-19 shock.

Mr Buffett had bought stake in the Canadian energy giant in the fourth quarter of fiscal year 2018. Reports suggest that with this divestment in Suncor, Berkshire has exited from all holdings in Canadian equities.

However, what could this exit from Suncor Energy’s stock mean to Canadian investors, let’s find out:

What does Mr Buffett’s exit from Suncor Energy mean for Canadian investors?

While Mr Buffett’s sudden exit from the oil and gas industry giant may come as a shock to many investors, leading them to doubt their investment in the energy conglomerate.

This stake sale in Suncor Energy (TSX:SU), may not, however, directly translate into a weak growth outlook for the stock.

Apart from cutting strings with the oil and gas sector bellwether, the ace investor also pared stake in several other holdings including in NYSE-listed oil major Chevron Corporation (NYSE:CVX:US), according to reports citing the company’s latest quarterly report filing with the US Securities and Exchange Commission.

While he trimmed holdings in financial stocks like JPMorgan Chase, he kept his stake in Bank of America and Amazon unchanged, as per the filings. 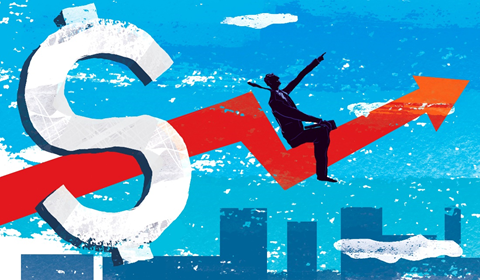 Suncor stock has continued to outperform in 2021 despite the waves of coronavirus infections and lockdown restrictions in Canada. It returned over 30 per cent gains in the year-to-date period (YTD). The S&P Composite Index returned 14.6 per cent in the same period..

With the increasing demand for oil across the world, Suncor Energy reported a net profit of C$ 821 million in the quarter ended March 2021, as against a net loss of $3.525 billion in the corresponding period last year.

Its operational performance also improved during the quarter following a rise in its production capacity, which reached 785,900 barrels of oil equivalent per day.

Its price-to-earnings ratio stands at 1,399 while its price-to-book ratio at 1.154, highlighting that the stock is currently undervalued as against its intrinsic value.

Its debt-to-equity ratio at 0.57 reflects the company’s leverage capacity, while its dividend yield of 3.019 per cent displays its ability to distribute profits to its shareholders.