Tourmaline Oil Corp, with a market cap of C$ 15 billion, is one of the largest natural gas and crude oil company with exploration and production assets in the Western Canadian Sedimentary Basin.

The Calgary, Alberta-based oil and gas producer increased its quarterly dividend base by 11 per cent, underpinned by its robust financial performance and outlook.

Tourmaline Oil Corp will now pay a quarterly dividend of C$ 0.20 per share, up from that of C$ 0.18 per share, starting first quarter of fiscal year 2022, said an announcement on Monday, January 17.

The energy company also declared a special cash dividend of C$ 1.25 per share, scheduled for payment on February 1 (ex-dividend on January 25).

The energy company posted earnings of C$ 361.1 million and a free cash flow of 369.3 million in the latest quarter.

TOU scrip rocketed by over 131 per cent in the last 12 months.

Let us discuss two other energy stocks that could raise their dividends like Tourmaline.

The C$ 37-billion market cap energy firm reported a free cash flow of C$ 1.69 billion in the latest quarter, which was substantially up from C$ 259 million in the third quarter a year ago.

Cenovus scrip closed at C$ 18.64 apiece on Tuesday after reaching a day high of C$ 19.23. The energy scrip soared by about 142 per cent in the past one year. 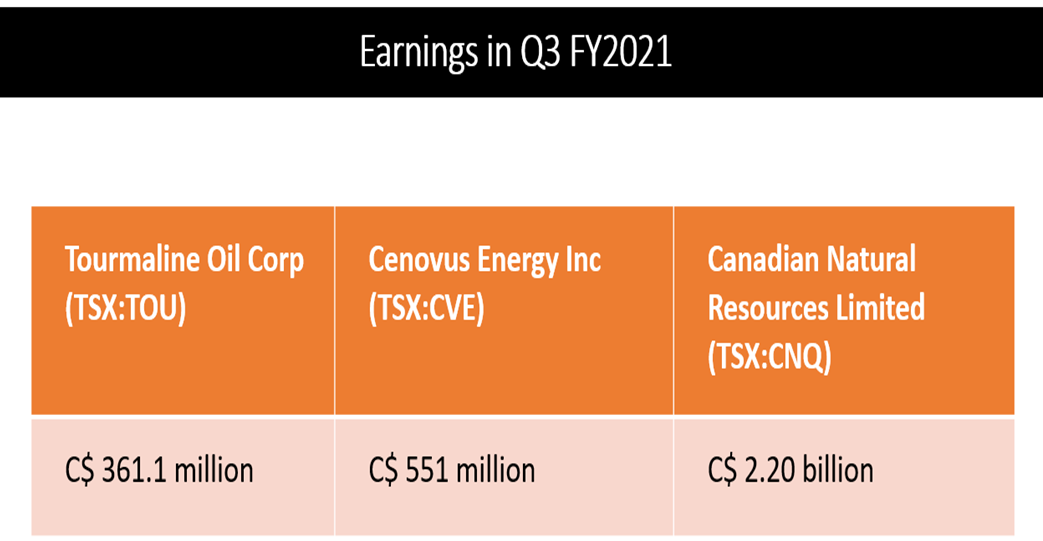 Some market experts believe that Tourmaline Oil Corp’s move to increase its dividend and return more value to its shareholders might inspire its peers like Cenovus and Canadian Natural Resources to hike their dividend as well.