Canada has a robust energy sector with oil playing a big role in fueling the economic engine. The country has nearly six billion barrels of oil reserves sites across Alberta, Saskatchewan, and offshore Labrador and Newfoundland.

After the pandemic-related hiccups of 2020, the oil industry expecting a rebound this year. Total investments in Canada’s oil sector are projected to surge by 12 per cent in 2021, as against the last year, according to a study by the Canadian Association of Petroleum Producers (CAPP).

Cumulative investments in traditional oil and gas production and oil sands operations are anticipated to increase to almost C$ 27 billion this year versus C$ 24 billion in 2020, as per the CAPP study.

Meanwhile, Saudi Arabia has decided to curtail its crude production by 1 million barrels per day from the next month. On the back of this announcement, oil prices have been on an upswing since January 5. West Texas Intermediate (WTI) futures breached the US$ 50 level (on January 6) while the Brent Oil futures crossed US$ 55 (on January 8, 2020), for the first time since February 2020.

Let us glance at the following Canadian oil and gas stocks: 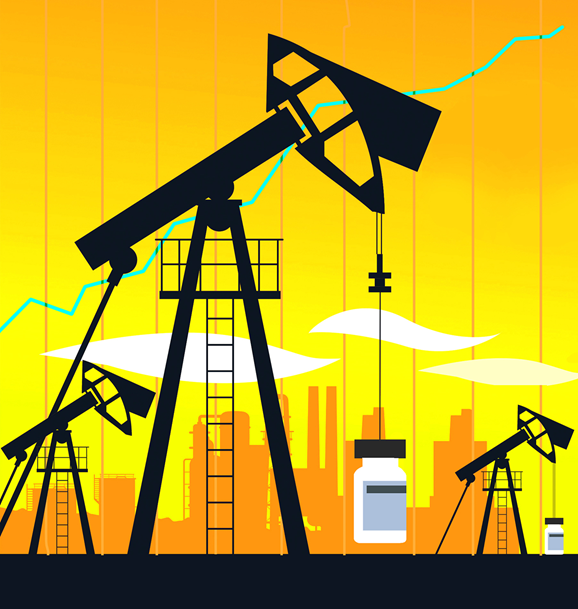 The energy company engages in the regional oil sands pipelines. The stocks of the company are actively trading on the back of the latest oil price rally. Its 10-day stock trading average volume stands at 5.56 million units.

The stock has a present return on equity of 3.28 per cent and earnings per share of C$ 0.97. However, the stock has declined over 11 per cent in one year.

The oil pipeline company is paying a quarterly dividend of 0.835 per cent, with a current dividend yield of 7.813 per cent. Its current market cap is approximately C$ 86.58 billion as per TMX data.

The company supplies and sells fuels and lubricants across North America. In the last three months, the company’s stock has added over 19 per cent of gains. Its unit has dropped nearly 6 per cent in one year. The stock is offering earnings per share of C$ 1.04.

This oil stock also delivers a positive return on equity of 8.28 per cent. It has a present market capitalization of C$ 6.56 billion. The mid-cap stock’s price-to-book ratio is 3.525.

The company is paying a monthly cash dividend of C$ 0.101 per unit. It holds a current dividend yield of 2.769 per cent as per the TMX portal.

The company registered an adjusted EBITDA of C$ 122 million, a decrease of C$ 24 million year-over-year because of the COVID-19 led pricing impacts.