Canada’s ‘Housing Bubble’: What Does The Rising Home Sales Tell Us?

Bank of Canada’s call to maintain its key interest rate at 0.25 per cent on Wednesday, March 10, has been followed by some voices of concern from experts on the country’s housing prices situation.

The market made headlines earlier this month after the Toronto Regional Real Estate Board (TRREB) reported that the average house selling price in Greater Toronto Area (GTA) zoomed by 14.9 per cent year-over-year (YoY) in February. While GTA saw a record high average price of C$ 1.045 million last month, Vancouver’s were 42.8 per cent higher than its 10-year average, as per TRREB.

The central bank, in an accompanying statement on Wednesday, said the recent activity in Canada’s housing market shows that it is “much stronger than expected.”

Some experts, however, are of the opinion that the record low benchmark interest rates are triggering historic levels of housing bubble in Canada. 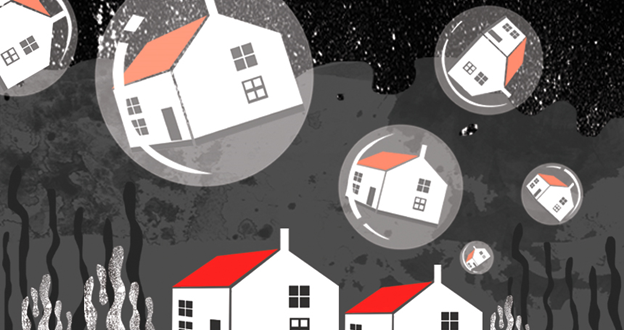 The terms ‘housing bubble’ or ‘real estate bubble’ are used to describe a scenario when factors like rising demand, scarcity in supply and/or emotional motives triggered a rapid growth in housing prices.

Canada’s housing prices and demand have been rocketing through the pandemic, despite the financial crunch, ever since the central bank reduced interest rates bank in July 2020. Economists pointed this rise in homes sales occurred despite a virtual lack income growth.

Bank of Canada governor Tiff Macklem has also in the past raised concern over this pattern, noting that the rising debt levels would lead to future risks in the economy. He explained in a speech back in October that the “bold” steps being taken to tackle the pandemic crisis could in the long run leave Canada’s economy “vulnerable to economic shocks”. 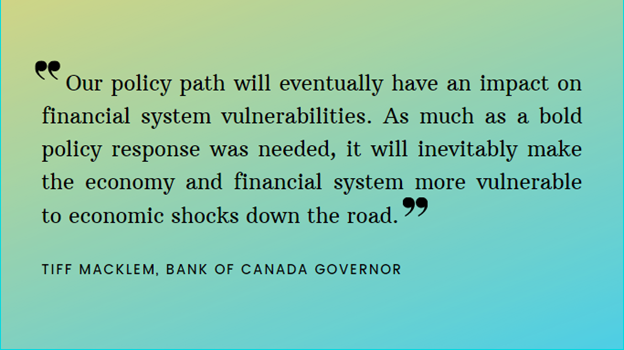 While Canada’s unemployment rate stood at 9.4 per cent in January, StatCan reported last month that the country’s new home prices shot up at fastest pace in January since October, up 0.7 per cent.