The Aurora, Ontario-headquartered automotive company is grappling with the global semiconductor chip shortage, which continued to affect its manufacturing operations and impacted its Q4 figures.

Magna, reportedly, said that some of its customers had to adjust their production schedules due to the Ambassador Bridge blockade led by the trucker protestors. However, on Sunday, February 13, the bridge was cleared after a 5-day protest and “normal border processing” is said to have resumed.

The C$ 29 billion market cap company said that its light vehicle production was reduced by 17 per cent in Q4 FY2021, which represented a 28 per cent slump in Europe, a 20 per cent decrease in North America, and a 10 per cent decline in China. On the other side, Magna also saw its top-line plunge by 14 per cent year-over-year (YoY) to US$ 9.11 billion in the latest quarter.

Magna also said that in Q4 FY2021, it returned US$ 378 million to its shareholders via share buybacks and dividends. The company also hiked its quarterly dividend by five per cent to US$ 0.45 apiece (on a cash basis), payable on March 11. 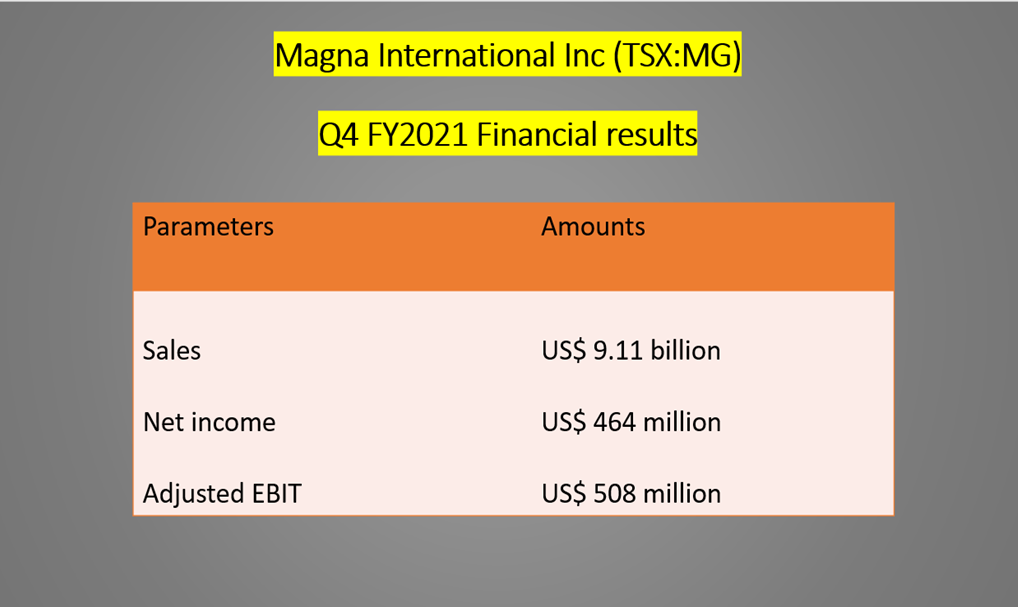 Magna managed to secure a “high volume, global award” from a Germany-based automobile manufacturer on February 7 this year to introduce its “industry-first system” solutions to the market with production beginning from 2024.