Air Canada (TSX: AC) has been turning heads on the stock markets as the airline announced its first-quarter results for fiscal 2022 on Tuesday, April 26.

The Canadian flyer said that it started 2022 on a weak note in the face of the omicron spread and resultant travelling restrictions. However, the company added that it quickly recovered in March, with passenger volumes surpassing December levels and ticket sales compared to March 2019 levels, which signalled towards “ much stronger” Q2 and Q3 this year.

With such developments in the travel industry, let us analyze Air Canada’s performance in the latest quarter.

The airline saw its passenger revenue surge to C$ 1.917 billion in the latest quarter, i.e., nearly five times up from Q1 2021.

Also read: Can this Canadian social media stock be your alternative for Twitter? 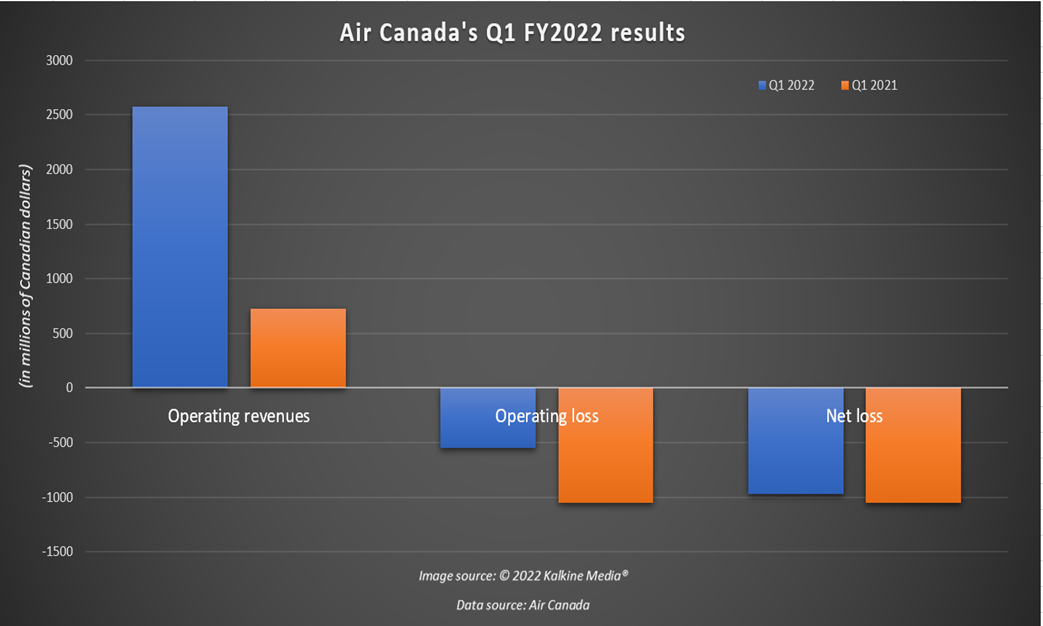 Stocks of Air Canada declined by over three per cent YoY. However, the airline stock grew by nearly 15 per cent year-to-date (YTD) and closed at C$ 24.22 per share on April 25.

The Canadian airline company planned to expand its ASM capacity by approximately 150 per cent in 2022 compared to 2021. It also expects CASM capacity to hover around 13 to 15 per cent and adjusted EBITDA margin to reach somewhere between eight to 11 per cent in 2022.

Also read: OTEX, MG and POW: Should you buy these 3 TSX value stocks in May?