Air Canada (TSX: AC) stocks have been trending on the stock markets after the airline reported its fourth-quarter and full-year results for 2021 on Friday, February 18.

The top Canadian flier said that its operating revenue jumped by about 30 per cent year-over-year (YoY) to C$ 2.73 billion in the latest quarter. For the full year of 2021, it noted an operating revenue of C$ 6.4 billion.

The airline noted an increase of 134 per cent YoY in its operating capacity, measured in terms of available seat miles (ASM), in the fourth quarter of 2021.

The C$ 8-billion market cap airline firm shrank its operating loss to C$ 503 million in the latest quarter, while on an annual basis, it was down to C$ 3.04 billion.

The air transportation company also noted EBITDA (excluding special items) of C$ 22 million in Q4 FY2021, as against a negative EBITDA balance of C$ 728 million a year ago. 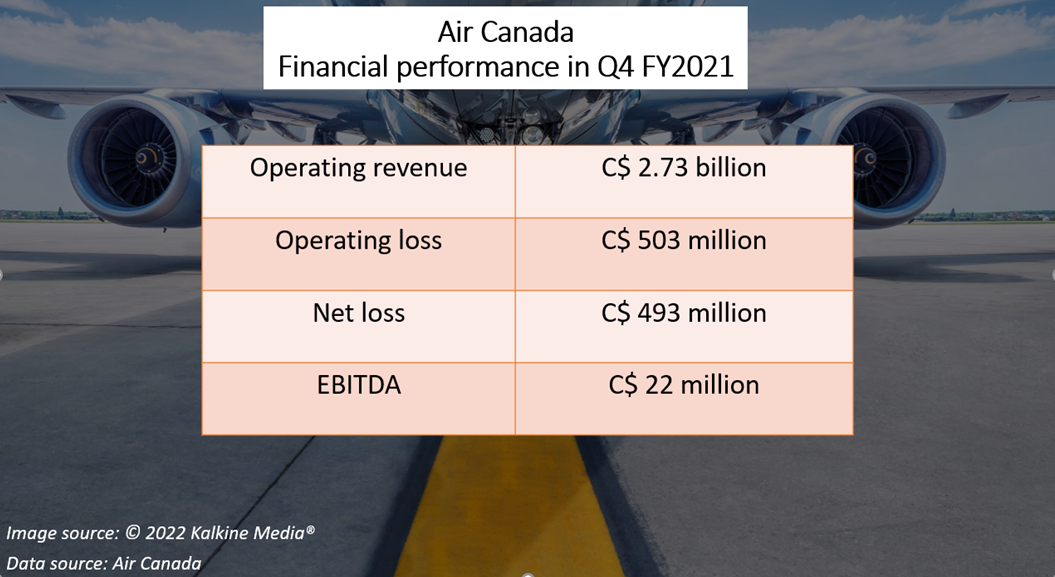 Air Canada scrips have surged by roughly 17 per cent in 2022 and gained by over seven per cent in one month.

Air Canada President and CEO Michael Rousseau said that COVID-19 continued to be a “major challenge” for Air Canada and the international airline industry in 2021. However, the company’s underlying recovery stays “intact” as suggested by improvements in the company’s Q4 results, he added.

For Q1 FY2020, the airline plans on increasing its ASM capacity by 243 per cent YoY.

The company also said that it will continue to adjust its operating capacity and undertake appropriate measures to suit the market environment, considering COVID rules and economic factors like inflation.