As Virgin Galactic (NYSE:SPCE, SPCE:US) founder, Sir Richard Branson flew into space in on Sunday, June 11, the interest around space stocks and other futuristic enterprises, such as drones, has gained momentum once again.

Keeping that in mind, let’s explore some space and drone stocks you can watch out for before they rocket to the moon.

Virgin Galactic made history on Sunday when it saw its first fully crewed flight shuttle to space. This flight not only helped the company take a crucial step towards the service of space tourism, but also saw Mr Branson narrowly beat Blue Origin’s Jeff Bezos to the chase of becoming the first billionaire in space.

After taking off from New Mexico-based Spaceport America, Virgin Galactic’s Eve mother ship released SpaceShipTwo at a height of 45,000 feet at around 11:25AM EST. The space plane then rocketed to a height of about 56 miles above the earth, where Branson and the crew got to experience weightlessness. After a few minutes, the space craft headed back to earth again, landing at approximately 11:40AM EST.

Virgin Galactic’s stock, on the other hand, did not experience any flight. Ahead of the company’s maiden crewed voyage to space, SPCE stock sank by nearly seven per cent to close at US$ 49.2 on Friday, July 9.

In the premarket trading hours on Monday, July 12, however, the space stock recorded a growth of over nine per cent, standing at a value of US$ 53.85 (4.55AM EST).

In the past year, Virgin Galactic stocks have recorded a growth of nearly 153 per cent. The space stock also expanded by over 107 per cent year-to-date (YTD).

MDA Ltd, which designs and develops advanced technology and services for the space sector, debuted on the Toronto Stock Exchange on April 7, 2021. Ahead of Virgin Galactic’s space flight, MDA stock rose by over one per cent on Friday.

The Brampton-based enterprise raised a capital of about C$ 400 million from its initial public offering (IPO) in April, where it sold about 28.5 million shares for C$ 14 per piece.

Now, let us look at two space tourism enterprises that haven’t hit the stock markets yet, but still trigger ample interest among investors.

While SpaceX may still be lightyears away from trading on public markets, its sister company Tesla saw its stocks inflate by about a per cent on Friday amid all the noise of around Mr Branson’s trip to space. 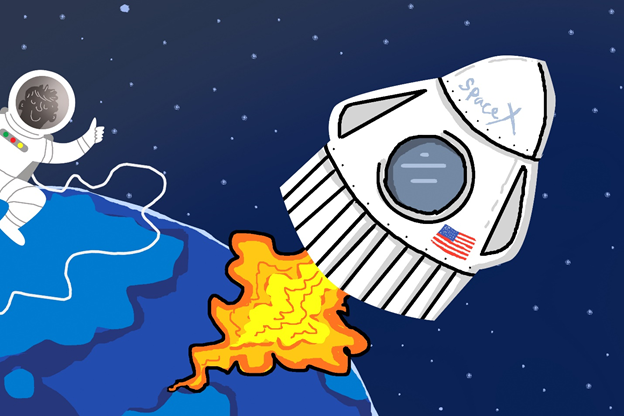 The success of Tesla Inc on the stock markets, which even boosted founder Elon Musk to the throne of the world’s richest man, has left many investors wondering about the prospect of SpaceX’s public debut. But Mr Musk has clarified that while SpaceX subsidiary Starlink could see an IPO at some point, it is still in the distant future when the firm’s revenue is “reasonably predictable".

Mr Musk’s present plans for Starlink, which is a satellite internet constellation, seem to be revolving around its global expansion by the end of this year.

Mr Branson’s trip to the edge of the space on Sunday may have been particularly difficult for Amazon boss Jeff Bezos, who was all set to head for the outer space soon himself.

Mr Bezos had announced early on in June that he would be heading out in his aerospace company Blue Origin’s first crewed flight scheduled for July 20, 2021.

If the flight still happens, Mr Bezos will be fulfilling his childhood dream of travelling to space as the second billionaire business tycoon in the world.

As for its stock market debut, the space travel enterprise is yet to officially endorse a plan for an IPO.

It is said to have raised a total of US$ 13 million in a funding round in August 2018, as per Crunchbase.

Blue Origin is said to be funded by NASA.

Now, let us look at some drone stocks.

As the demand around drones and driverless delivery system grows, Drone Delivery Canada Corp appears to have noted a growth in its business as well. Founded in 2014, the company is said to be gearing up for international business expansions, including the US market.

On Friday, the junior tech stock catapulted by nearly 27 per cent, closing at C$ 1.38 apiece. 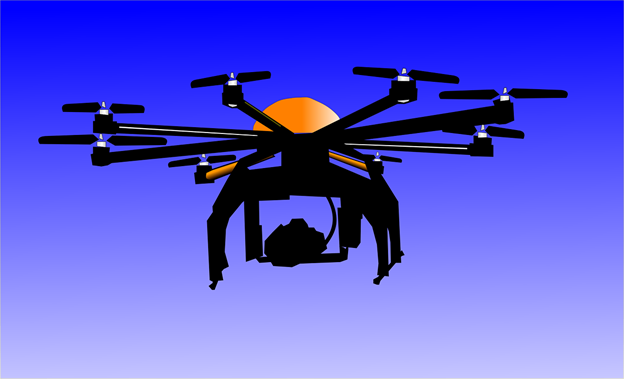 The Canadian drone enterprise holds a market cap of about C$ 308 million and a price-to-book (P/B) ratio of 7.667.

In the past six months, the drone stock has ballooned by nearly 52 per cent. It presently holds a YTD growth of over 62 per cent.

AVAV stock recorded a one-year growth of about 31 per cent and that of 14 per cent YTD. With a market cap of about C$ 2.46 billion, its return on equity stands at 3.98 per cent.

AeroVironment saw a record revenue of US$ 394.9 million in the fiscal year ending April 30, 2021, noting a jump of eight per cent year-over-year (YoY).