The cryptocurrency market has thousands of options for investors. These crypto assets have made wealth for backers when investments are made at the right time.

Though a section of crypto enthusiasts always looks for new entrants in the field, some like safer options. These safer bets are placed on cryptos with top market capitalization. The benefit is they are more popular than the ones at the bottom. A high market cap also prevents against the risk of losing all money in the volatile crypto investment space. 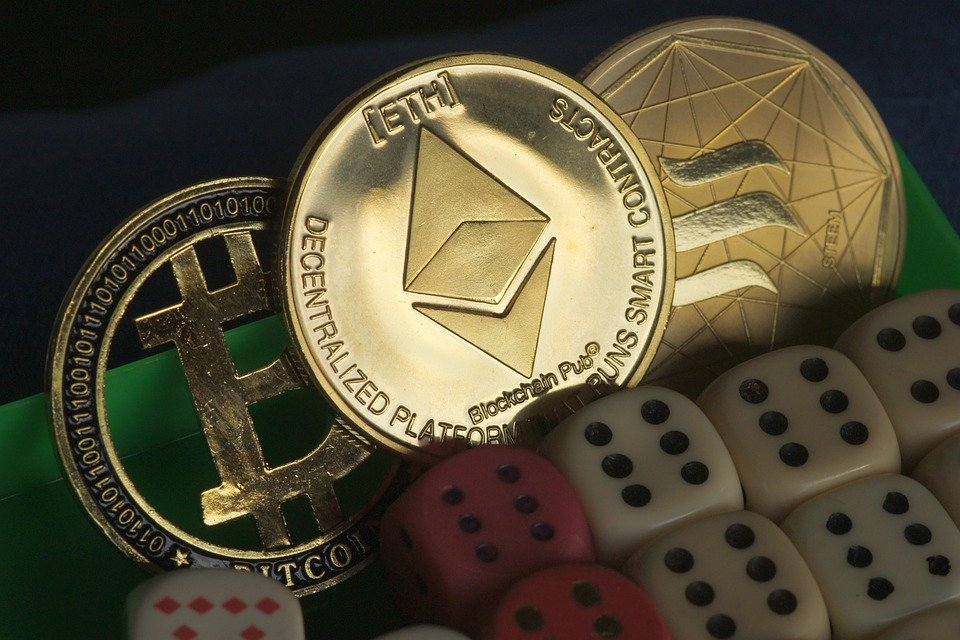 Arguably the first cryptocurrency to make a mark in a world of finance dominated by fiat currencies, it popularized blockchain technology.

In fiat currencies like the dollar, central banks act as regulators. It is Bitcoin that changed this basic premise. Using a decentralized network, Bitcoin can be transferred between users without any intermediary. Data is stored on a distributed ledger with no single centralized entity.

At the time of writing, Bitcoin commanded a market cap of nearly US$890 billion. The price of one Bitcoin is approximately US$47,500. The crypto has gained nearly two per cent over the last seven days, and nearly three per cent in the past 24 hours.

Bitcoin also became the first cryptocurrency to be accepted as legal tender. El Salvador has made Bitcoin legal tender with a view to saving on remittance costs.

Ether has emerged as a formidable competitor to Bitcoin’s hegemony.

The Ethereum platform is powered by blockchain tech. It is used by many other altcoins. Developers can easily build smart contracts on Ethereum to provide a decentralized network to users.

In contrast to Bitcoin, which intends to serve as a digital currency, Ethereum aims to be a platform for all developers that use distributed ledger tech. The Ethereum blockchain was launched in 2015, and its token, Ether, has gained immense value.

At the time of writing, Ether had a market cap of nearly US$400 billion. The price of Ether is approximately US$3,400. The crypto has gained nearly two per cent in the past 24 hours.

Ethereum’s blockchain is used by ERC-20 tokens. Some of these tokens command a very high market cap, and hence Ether’s value is also affected by investors’ interest in these ERC-20 tokens. 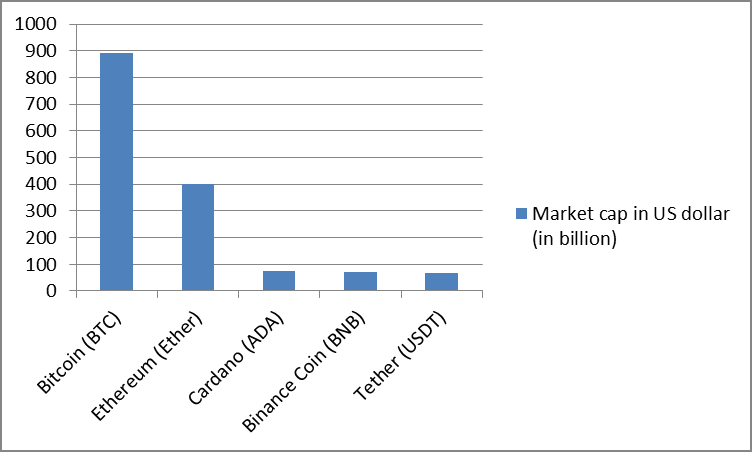 Cardano’s ADA has lately emerged as investors’ top-favorite crypto asset. It is a proof-of-stake consensus network. It was launched in 2017 and is today used by players in various fields including agriculture and education. Cardano, like Ethereum’s blockchain, can be used to build smart contracts.

It is claimed that the proof-of-stake mechanism is better than proof-of-work. Bitcoin relies on the latter. Cardano’s services are used by developers to build decentralized apps or DApps on its network.

At the time of writing, ADA commanded a market cap of nearly US$76 billion. The price of ADA is approx. US$2.40. The crypto has gained over 0.3 per cent in the last seven days.

ADA is the token of Cardano’s blockchain. It is used by developers and other stakeholders to carry tasks on Cardano’s platform.

Binance is a leading crypto exchange. Coinbase is one of its major competitors. Binance was founded by former Bloomberg employee Changpeng Zhao. At the heart of all Binance services is blockchain technology.

In 2017, Binance commenced operations as an exchange platform. It came out with its own token, BNB or Binance Coin.

At the time of writing, BNB had a market cap of nearly US$70 billion. The price of BNB is approximately US$420. The crypto has gained nearly four per cent over the last seven days.

Binance has a vision to become a comprehensive provider of all blockchain-powered services. The BNB token is used to carry out tasks in its ecosystem that also includes wallet services and research.

Tether, Binance and Cardano have more or less a similar market cap. The difference is that USDT is not a typical cryptocurrency. It is a stablecoin pegged to the US dollar. Tether or USDT can work on a variety of blockchains including Ethereum and Algorand.

Tether is an entirely different concept as compared with the above four cryptos. New supply of the USDT tokens is always accompanied by the allocation of the same quantum of US dollars to the reserves. This means the token has backing in the form of reserves.

At the time of writing, USDT had a market cap of nearly US$68 billion. The price of USDT is US$1.

Tether claims to be a safe haven like precious metals in the world of cryptocurrencies. USDT envisions the use of the stablecoin by countries that want to remove the cost of intermediaries in finance.

The above five are the top cryptos by market cap. Bitcoin is by far the largest crypto asset but others are catching up fast. All five have their own underlying concepts, and Tether stands out as a stablecoin.

Also read: Which crypto to buy now in Canada?

The crypto market is notorious for volatility and a big rise or fall in price overnight. New altcoins may appreciate more than these five at any particular point in time, but a high market cap makes the above five more reliable.

The list can change in the near-to-medium term, however, the top two -- Bitcoin and Ether -- will likely stay for a long time.