Bitcoin, Ethereum and other major digital tokens rallied in the early hours of Wednesday, March 9, amid reports that US President Joe Biden is set to ink an executive order on cryptocurrencies later in the day.

The executive order is said to aim at addressing the framework deficiency for the development of digital assets in order to protect peoples’ interests and lessen the systemic risk. It will also reportedly mandate agencies to explore the chances of the US coming up with its own digital dollar.

Amid this development, let us explore two Canadian crypto stocks that should be on your radar.

HUT stock swelled by nearly four per cent to close at C$ 6.55 apiece on Tuesday, March 8, with a trading volume of 2.1 million shares. The crypto scrip jumped by almost 38 per cent in the last nine months.

The Vancouver-based crypto company mined 289 Bitcoin (BTC) in February, taking its BTC reserves to 6,115 for the month ending February 28. Its average production rate was10.3 BTC per day.

Stocks of Hive Blockchain climbed roughly six per cent to close at C$ 2.23 apiece on Tuesday, with a trading volume of 1.7 million shares. 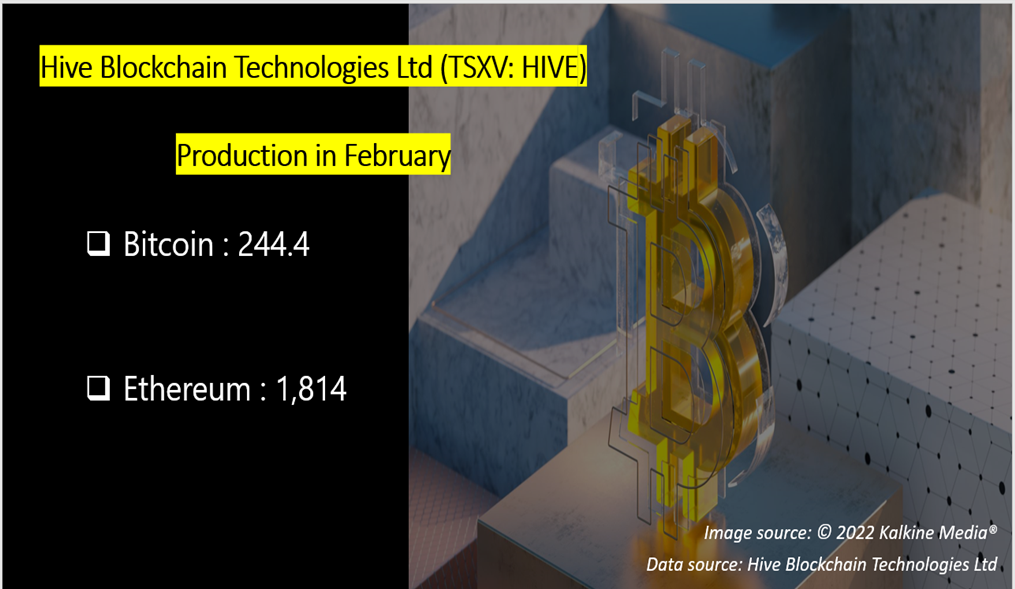 The executive order President Biden is expected to sign today seems to have positively impacted the digital asset industry and crypto investors. However, investors should mind that crypto stocks, like cryptocurrencies themselves, can be highly risky as their products, i.e., digital assets, are prone to wide fluctuations.