NEW
More on: Bank of Montreal Royal Bank of Canada

The Bank of Canada announced its major interest rate decision on Wednesday to control the rising inflation. In an unexpected move, the central bank raised the interest rate by one per cent instead of 0.75 per cent.

Interest rate hikes are expected in the future if inflation stays significantly higher than its target. By increasing the interest rates by 1 per cent, the central bank's main rate has jumped to 2.5 per cent.

Bank of Canada's Governor, Tiff Macklem, had stated that the central bank might need to raise the interest rates to control the rising consumer prices after last month's rate announcement.

Some analysts believe that the Bank of Canada was initially reluctant to react to the cost-of-living problem, and it is now frantically trying to rein in consumer price increases and bolster public confidence that it is serious about doing so — even at the risk of triggering a recession.

Notably, the latest rate increase is the biggest one-time increase since 1998. The surprise measure demonstrates how alarmed officials are by rising inflation gaining hold of expectations, choosing to act forcefully even at the risk of creating considerable economic damage.

If you are worried about your investment portfolio amid the rising interest rate, you might consider exploring the following financial stocks:

Royal Bank is one of the largest banks worldwide and has historically provided shareholders' returns. In 2022, the RY stock dropped significantly but could be worth exploring due to its financials. 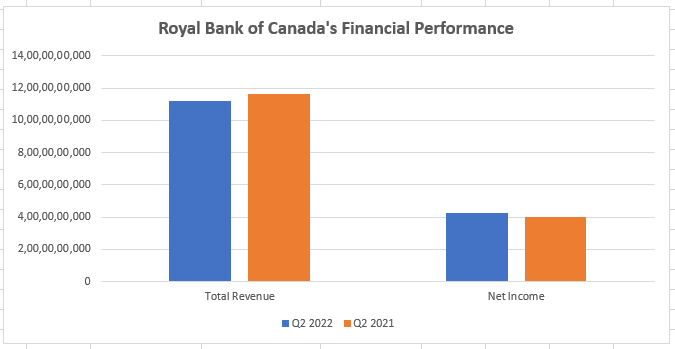 It is one of the largest banks in Canada, and it produced solid financial results in the second quarter. Bank of Montreal's net income jumped to C$ 4,756 million from C$ 1,303 million in Q2 2021.