Enbridge Inc (TSX:ENB) is one of the top-ranked energy companies on the Toronto Stock Exchange. The company's shareholders enjoy a good Return on Equity (ROE) and attractive dividend payout and yield over a consistent period. The company plans to install the best infrastructure and adhere to ESG norms very strictly.

Even in tough times, the company managed its business operation and posted net income and profit margins for all its stakeholders. A diversified business model and consistent dividends for its shareholders allow the company to be in a leading position in the industry.

What does Enbridge (TSX, NYSE: ENB) do?

Enbridge is an energy company trading with ticker symbols  ENB on the TSX and the NYSE. It is one of Canada’s largest natural gas distribution company. It also ventured into onshore and offshore wind renewable projects, while maintaining gas distribution as its core business.

United States-based operations contributed 57.91 per cent to the company’s overall revenue in 2020 while Canada contributed 42.09 per cent. Based on business segment, energy services division accounts for 48.53 per cent of revenue, liquids pipelines 26.23 per cent and gas distribution 11.50 per cent.

The company has been paying dividends over the last 66 years. The last dividend payout was C$0.835 in June 2021. The stock currently yields 6.67 per cent.

The historical dividend yield for the financial year is 7.96 per cent while the five-year average historical yield is 5.58 per cent, as per Refinitive data.

The consistent dividend payout and strong fundamentals rank the company as one of the best-performing energy and dividend stocks listed on the TSX. 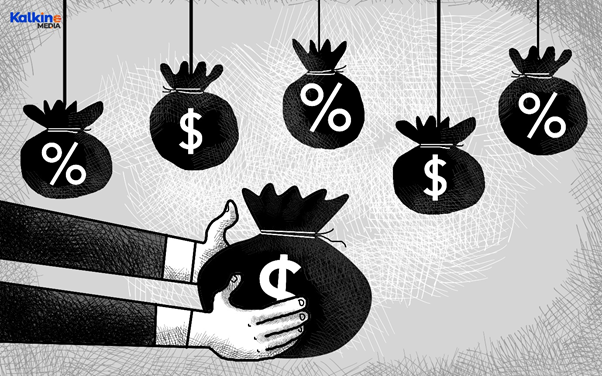 Enbridge has a market cap of C$101.50 billion with 2.03 billion total outstanding shares.

ENB stocks have been steadily gaining despite the pandemic woes. The scrip posted a return of 8.67 per cent in the last three months, 24.81 per cent growth over 12 months. The year-to-date return (YTD) is 23.09 per cent.

As per the financial statements of the company, the total revenue in 2020 was C$39 billion, down 28.10 per cent from a year ago. The company generated its best revenue figures last year in the 5-year period.

The net income from operations is C$3.36 billion, down from C$5.7 billion a year ago.

The net margin of the company is 8.74 per cent, higher than its industry average. The ROE is 5.28 per cent, better returns as compared to industry standards.

The stock is forming a series of new highs and lows on the daily time frame, the support level being formed at C$49.00 and the resistance levels at C$51.00.

The difference between the last closing price and 30-day Simple Moving Average (SMA) is 2.68 per cent, whereas same for 200-Day SMA is 14.05 per cent.

Enbridge is an industry leader with solid fundamentals and creditability it built over the years. As mentioned above, it is ranked as one of the best-performing energy stocks on the TSX. It has been able to manage the COVID-19 situation without affecting much of its business operations, consistently paying dividends on time.

Market analysts expect the company to grow between five to seven per cent through FY2023, by deploying disciplined capital in both its core and emerging businesses.

Moreover, the company follows a disciplined approach in reducing carbon footprints and plays a key in adherence to ESG protocols, critical indicators for future players.

As clean and renewable energy is the focal point for the environment, ENB plans to concentrate more on both onshore and offshore wind projects.