Canadian singer Justin Bieber is set to reprise his collaboration with Tim Hortons, the Restaurant Brands International (TSX: QSR) subsidiary said on Wednesday, May 17. This second collab is set to launch a new line of beverages called Biebs Brew at Tims restaurants in Canada and the United States next month on June 6.

Last year, Tim Horton collaborated with the Grammy winner for TimBiebs Timbits, which the company said exceeded its expectations and was a “huge success”. TimBiebs is set to return to the market as well, said the firm.

With this new launch in line, Will Tim Hortons’ parent company Restaurant Brands International see a flutter in its stock prices? Let’s see its past performance first.

The quick-service restaurant company recorded system-wide sales growth across its brands – Tim Hortons (12.9 per cent), Burger King (16.5 per cent), Popeyes (4.1 per cent) and Firehouse Subs (7.4 per cent) in the latest quarter. 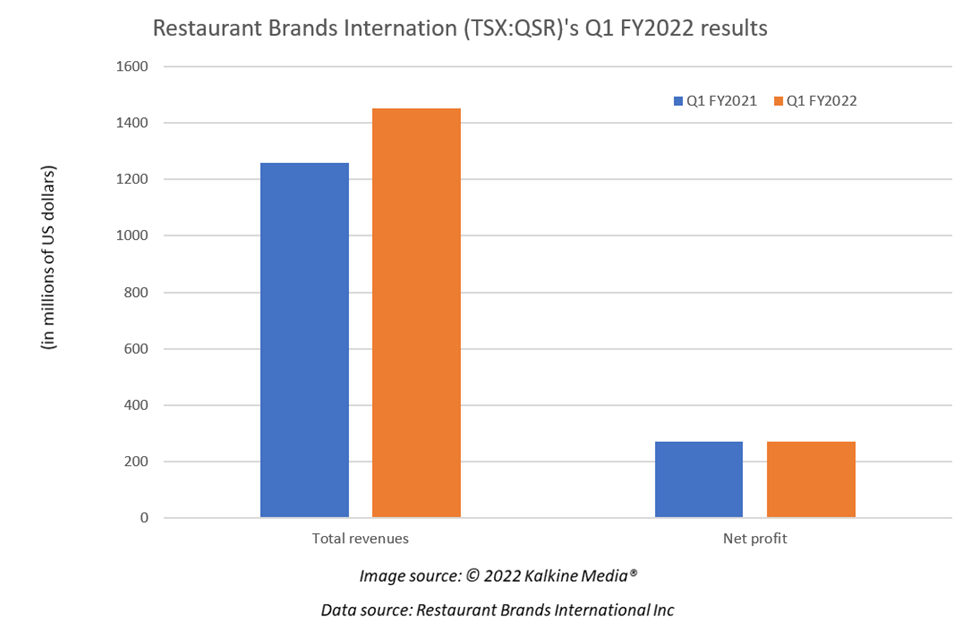 Also read: Is Canadian Tire (CTC.A) stock for beginners as it hikes dividend 25%?

Its price-to-earnings (P/E) ratio, which depicts a stock’s overvalued (above 11) or undervalued status, was 19.7. QSR's return on equity (ROE), which indicates financial performance by dividing net profit by shareholder's equity, was 36.04 per cent.

On the hand, the restaurant chain's debt-to-equity (D/E) ratio is high at 6.36, which could indicate that it mainly uses debt financing.

Biebs Brew, a creamy French vanilla cold brew, is said to be inspired by Mr Bieber’s love for coffee on ice and vanilla flavour. As the company claims that its first collab with Mr Bieber was a success, its second round with a new product could draw notable attention from customers too.

Tims restaurant in Canada will also have a limited edition Biebs Brew tumbler made of stainless steel and reusable straw, which could interest climate-conscious consumers.

With Biebs Brew launching in June, Restaurant Brands International could see higher revenues from the Tim Hortons division in the Canadian and the US market.