Is Vinco Ventures (BBIG) the next GameStop?

The BBIG stock has been making sudden jumps since the past few trading sessions, and there is no company-specific news that could have led to the sudden price surge.

Since the past week, the BBIG stock has catapulted by about 122 per cent, and that is a significant rise when there is no news to boost investors' confidence.

Vinco Ventures operates several consumer and digital marketing brands, and it changed its name to Zash in October last year. However, this change is yet to reflect on financial platforms.

Why is BBIG stock witnessing a price surge?

It seems that the BBIG stock is primed for a short squeeze, and its popularity on social media platforms like Reddit could be contributing to the price surge.

Reddit is known to have positively influenced companies' share prices with poor fundamentals. Stocks of such companies were called meme-stocks in 2021.

In January 2021, Reddit broke the internet when shares of GameStop (NYSE:GME) surged more than 400 per cent in a week. 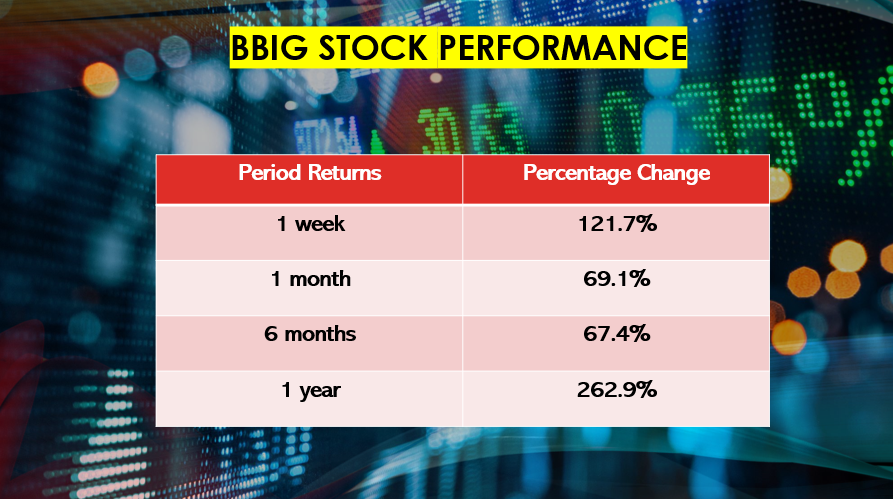 By April, GME stock had returned 800 per cent to the shareholders without any announcement of significant development from GameStop.

Due to a group named r/WallStreetBets, the share prices of GameStop kept increasing throughout the year.

Now, it seems that the BBIG stock has caught the attention of retail investors on Reddit, and they could be behind the rally.

Investors could be hoping that the growing popularity of cryptocurrencies will likely help Zash grow in future through its subsidiaries.