Is Telus (TSX: T) a must-buy as it raises its dividend?

Telus Corporation (TSX: T) created a buzz on the Canadian stock market after the company raised its quarterly dividend by 7.1 per cent year-on-year (YoY) to C$ 0.3386 per share while delivering its first-quarter results for FY2022 on Thursday, May 6.

The Canadian telecom operator also revealed that it intends to target the current half-yearly dividend growth with an annual increase of seven to 10 per cent from 2023-to 2025. However, the dividend decision is subject to Telus Board’s assessment of its financials and outlook every quarter.

Telus posted a capital expenditure of C$ 833 million in Q1 2022, excluding spectrum licenses. The large-cap company generated cash of C$ 1.13 billion from operating activities and recorded a free cash flow (FCF) of C$ 415 million in the latest quarter. Notably, the company reported total telecom subscriber connections of 17 million as of March 31 compared to 16.07 million a year ago. 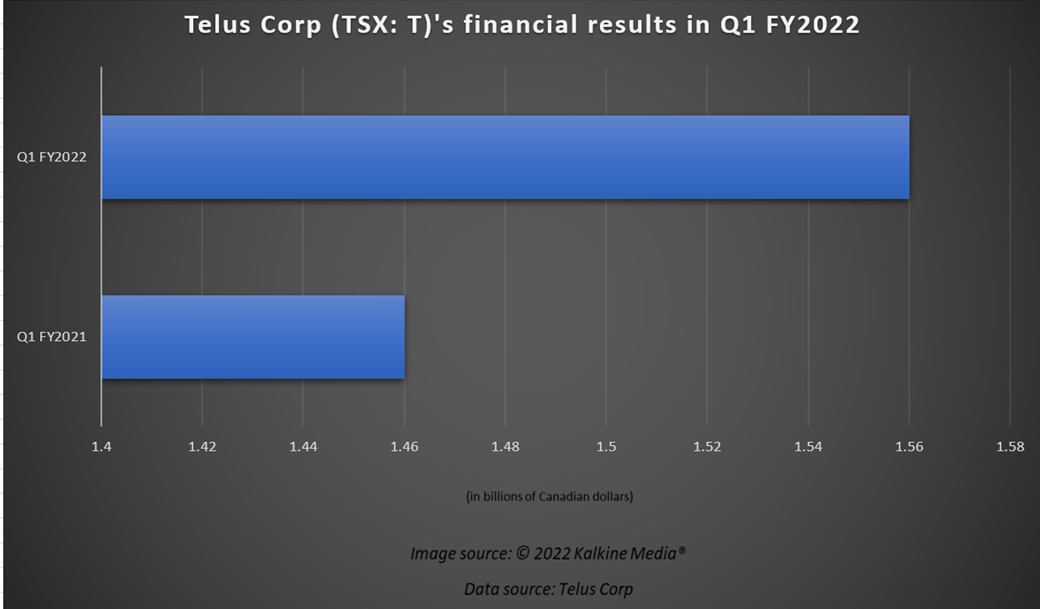 Stocks of Telus Corp spiked by about 22 per cent YoY, outperforming the S&P/TSX Capped Communication Services Index, which gained by about 11 per cent.

The telecom stock appears to be regaining investors’ attention with an upward-moving Relative Strength Index (RSI) value of 38.52, according to Refinitiv data.