Will Tilray (TLRY) become the next big cannabis stock in North America?

Stocks of Canadian pharmaceutical and cannabis company Tilray (TSX:TLRY) surged by 0.3 per cent and closed at C$ 16.53 per share on Tuesday, August 17. The cannabis producer's shares in the US market were up by about seven per cent during pre-market trading at 7AM EST on Wednesday, August 18.

The notable surge in the share prices of Tilray came after to the announcement that it has acquired a majority stake in MedMen (CSE:MMEN), a California-based cannabis retailer.

Investors could turn to this stock as the investment in MedMen is expected to help the company expand its retail presence in the US.

This merger is likely to help MedMen see its business flourish while Tilray gets to explore the US cannabis market if and when recreational cannabis is legalized at the federal level in the country.

Tilray-MedMen deal - All you need to know

Under the acquisition deal, Tilray and some investors have acquired MedMen’s 75 per cent outstanding secured convertible notes and 65 per cent outstanding warrants for US$ 165.8 million. This investment is likely to be converted into stock, where Tilray will become a majority stakeholder in MedMen. 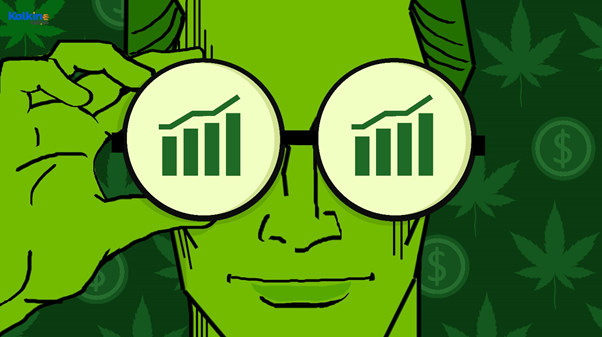 Irwin Simon, CEO and Chairperson of Tilray, said that MedMen is a “great brand” to have, and once further legalizations happen, it can give Tilray a “great opportunity” to take MedMen to the rest of the world.

According to reports, the US cannabis retailer has a market value of US$ 200 million and currently runs 25 retail stores. By the end of this year, MedMen plans to open over five retail stores in the US.

What's next for Tilray?

The Canadian cannabis company appears to be exploring options to expand its business operations and market share through mergers and acquisitions.

With plans to become a leading cannabis-focused company in the world, Tilray expects to clock a revenue of US$ 4 billion by the end of 2024.

Tilray is involved in the cultivation and distribution of medical and recreational cannabis. In 2021, it was acquired by Canadian pot firm Aphria through a reverse merger, where the new brand was renamed as Tilray.

Most of the company's revenues comes from sales of cannabis in Canada and the international medical cannabis export market.

The estimated value of the global cannabis industry was US$ 20.5 billion in 2020, and it is expected to reach US$ 90.4 billion in the next five years. During the period, the marijuana industry is likely witness a compound annual growth rate of 28 per cent, notes a report by Markets and Markets.