2021 was a rough year for cannabis stocks as it saw shares of some of the biggest Canadian cannabis producers declining to negative territory. It seems that investors could be sceptical about cannabis stocks in 2022 as they flatlined last year.

Due to market sentiments and lack of positive movements in legalization reforms in the United States, the market experienced a sell-off in cannabis stocks.

On Monday, February 14, the cannabis stocks had a rough day as tensions rose between Ukraine and Russia. Organigram Holdings Inc. (TSX:OGI), Canopy Growth (TSX:WEED), and other cannabis stocks declined during the trading session despite making gains in the past week.

However, on February 15, many cannabis stocks jumped during the trading session, and OGI stock closed 6.3 per cent higher at C$ 2.17 per share.

Why did the Organigram (TSX:OGI) stock price jump?

The surge in the prices of cannabis stocks, including OGI, came after the Virginia Senate passed a bill aimed to bring forward the start of the sale of recreational marijuana products in the state.

According to reports, if the bill gets signed into law, the recreational cannabis market could start operating on September 15. 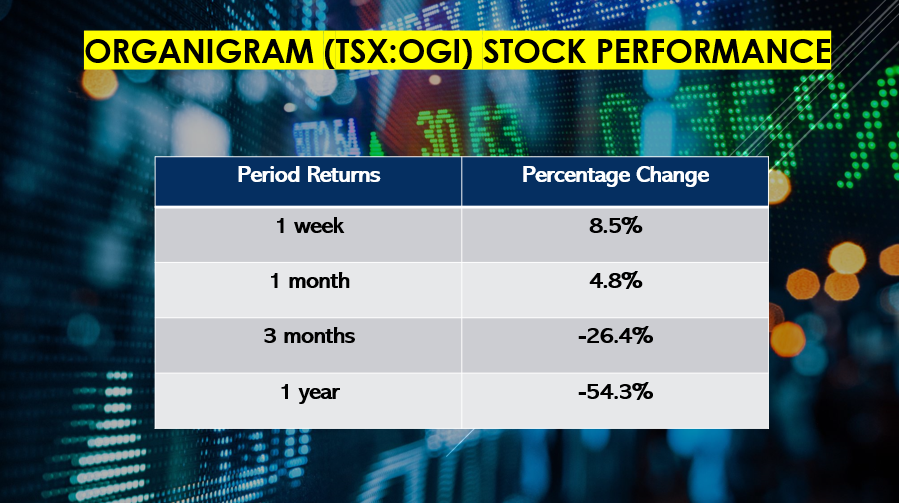 Currently, cannabis is not yet decriminalized at the federal level in the US. However, this development could have instilled a sense of confidence among pot stocks investors.

Some analysts hope that cannabis will most likely be legalized throughout the US, which could benefit cannabis producers and distributors in the US and Canadian markets.

Last month, Organigram released its first-quarter results and registered a 75 per cent year-over-year (YoY) growth in gross revenue, which amounted to C$ 44.3 million.

Please note, the above content constitutes a very preliminary observation or view based on market, and is of limited scope without any in-depth fundamental valuation or technical analysis. Any interest in stocks or sectors should be thoroughly evaluated taking into consideration the associated risks.