Some of the significant intercept results are shown below: 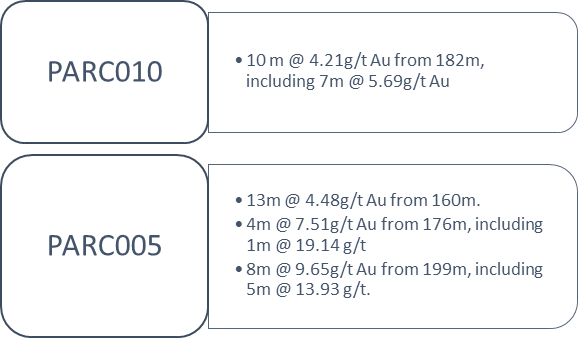 Nine of the 10 holes successfully completed their objective, while hole PARC006 was abandoned due to drilling difficulties. 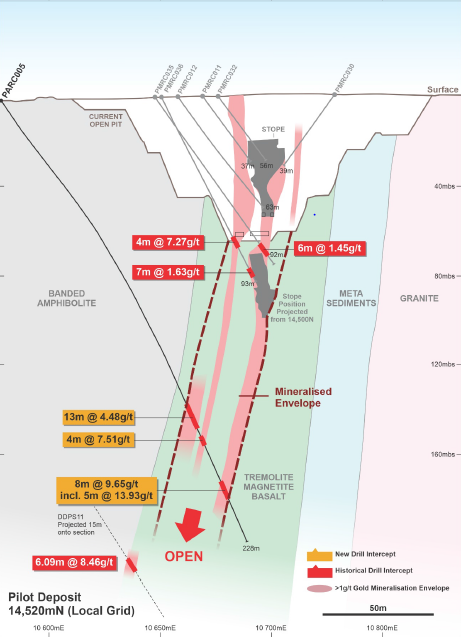 Hole PARC010 was planned to test the mineralisation potential of an interpreted downward plunge directly beneath the historic pilot mine.

The results from the campaign have established the mineralising system lies in near-vertical dip in three zones with a grade of more than 1g/t of gold in the mineralised envelope. 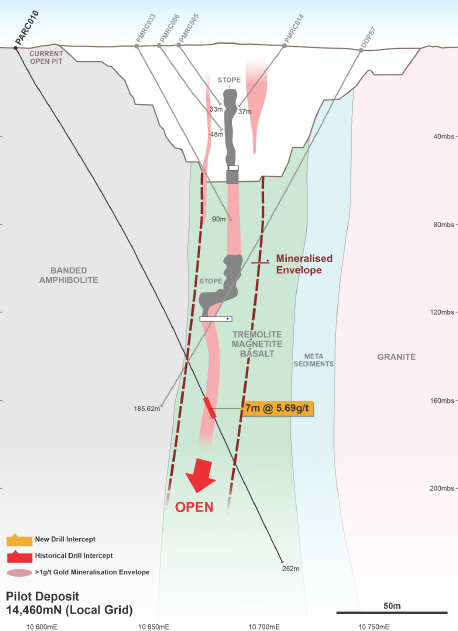 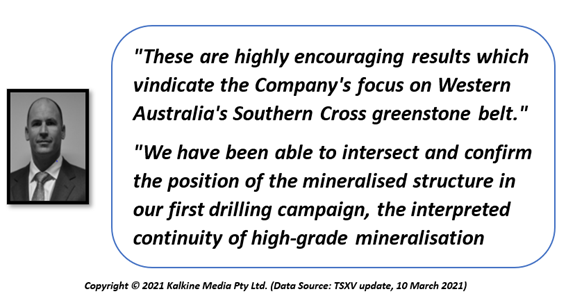 Altan Rio and Barto Gold Pty Ltd signed the Pilot Agreement in June 2020 for the exploration and development of the Pilot prospect. The agreement between the two leads to a larger exploration area due to combined tenements.

Altan commenced RC drilling on the project in November 2020.

The Company also compiled and analysed historical drilling data from Pilot, employing advanced processes to review them on a 3D platform. 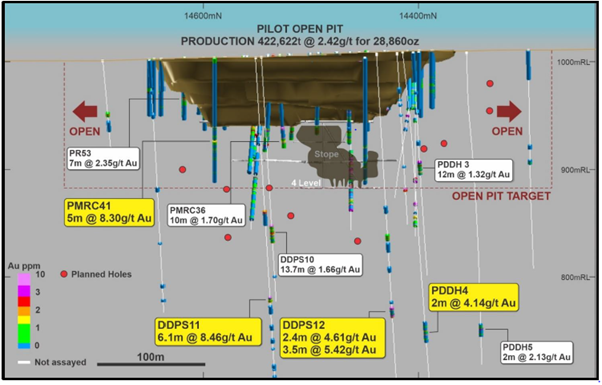 These historic intercepts are now seen as zone repetition of the structure and are referred to as ‘Hangingwall Lode’. The current interpretation adds significant potential to the Pilot deposit. 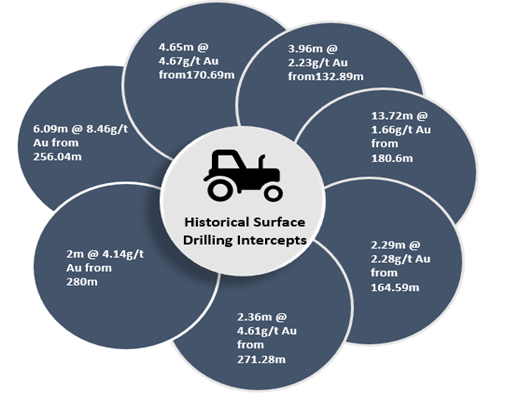 Operations planned for next quarter: