Prices of base metals are rising, and zinc is leading the pack as its price spike to the highest since 2007. The rise in prices could be due to a global energy crisis that is affecting European smelters.

Zinc spiked by about 6.9 per cent on the London Metal Exchange. Meanwhile, Aluminium recently touched its highest since 2008 due to the increase in costs of raw materials and energy used to make the metal.

Also Read: Is MTY Food Group (TSX:MTY) a stock to buy and hold?

Even the price of copper is inching closer to the US$ 10,000-mark per one tonne of copper. It would be interesting to watch the effect on stocks of base metals amid rising prices.

Investor alert: Rogers' feud to watch out for

Rogers Communications Inc. (TSX:RCI.A) is amid a family feud after its Chairman Edward Rogers faced resistance from his family members.

Mr Rogers had a plan that could have seen around nine of the 11 senior executives leave the company, and his family blocked this move as this could have created chaos. 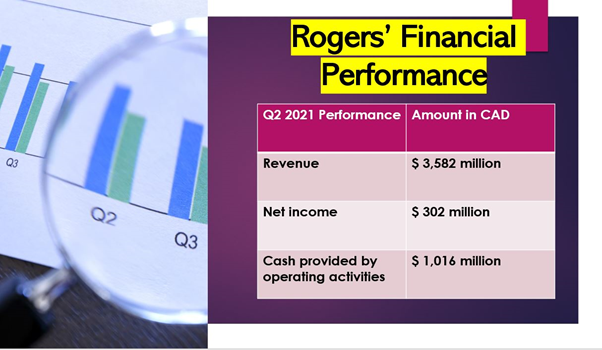 The Canadian communications company is already trying to close a US$ 16 billion takeover, and it surely doesn't want chaos right now.

It would be worth watching how the investors respond to this development that reportedly happened late on Wednesday, October 13. At market close, the Rogers shares were up by 1.2 per cent and priced at C$ 59.95 apiece.

Canopy Growth looking to expand in the US

Canopy Growth Corporation (TSX:WEED) is looking to expand its presence in the US markets and has agreed to buy Wana Brands, a maker of cannabis edibles.

Before the market opened on October 14, Canopy Growth said that it is offering an upfront cash payment of US$ 297.5 million to acquire Wana Brands, which comprises three entities- The Cima Group LLC, Wana Wellness LLC, and Mountain High Products LLC.

Notably, Wana Brands is one of the biggest makers of cannabis-infused gummies in North America.

Canopy Growth could boost its revenues from the deal as Wana already has a presence in 12 American states and has expansion plans in nine other states by the end of 2022. The company is already among the top position holders in the Canadian gummy market.

Significant developments in the world affect the markets as sentiments play an important role in market movements. Keeping a track of world events could help investors in making the right decisions.