There hasn’t been much to celebrate off late with regards to the stock market and Monday saw the TSX Composite Index stretch its red streak to five days in a row as it dropped 50.09 points, 0.24 per cent, to 20,571.30.

There was already plenty of uncertainty with an impending rise in interest rates, Omicron, inflation and the supply chain crisis. And now, geopolitical tensions with Russia and the Ukraine situation is only likely to add to it.

For anyone looking for a silver lining though, the technology sector posted a 1.8 per cent gain from Monday’s trade and healthcare was in the green too. And for anyone who bet on buying Shopify’s stock on the dip Friday, they had some gains as the index’s biggest stock was the day’s biggest gainer, up seven per cent. 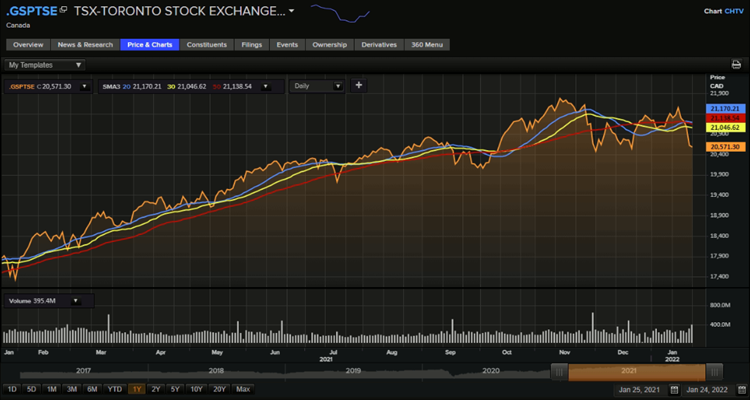