The digital banking platform Nu Holdings Ltd. could go public in the US stock market early next month. Ahead of the public debut, potential investors are searching for the pre-IPO stock of the company.

The Cayman Islands-based company has business operations in Columbia, Mexico and Brazil and it operates banking companies like Nubank. Nu Holdings aims to raise more than US$ 3 billion through the public debut.

Nu Holdings is a financial technology company and provides digital financial services to customers in three countries. It was started in 2013 and serves approximately 48.1 million customers and it is planning to become a publicly-traded company in two stock markets.

Also Read: Pure Watercraft: Is the startup going public & can you buy its stock?

The fintech company is eyeing a debut at the New York Stock Exchange (NYSE). Meanwhile, in Brazil, Nu Holdings aims to get listed on the B3 Brazil Exchange.

The company reportedly aims to sell 289.2 million shares through the IPO and some of the shares will be in the form of Brazilian Depositary Receipts (BDRs). The price range of the shares is expected to be priced between US$ 10 to US$ 11 per share. 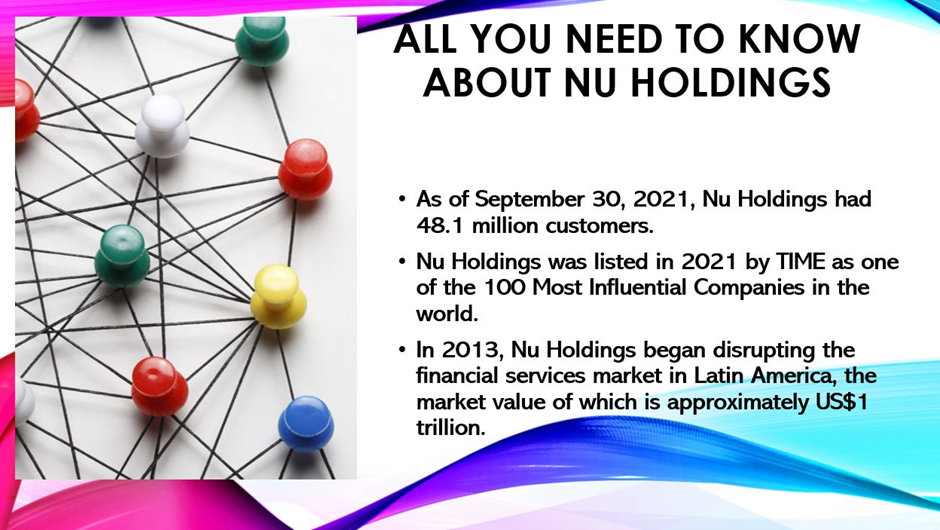 If a midpoint of the price range is considered, the fully diluted market value of Nu Holdings will be US$ 50.8 billion.

The leading underwriters for the IPO are Allen & Company, Morgan Stanley, HSBC, Goldman Sachs and UBS Investment Bank among others.

Many companies give an option to retail investors to buy the stock at the IPO price before it begins trading in a stock market.

Freedom Finance, which is an investment banking and capital markets services company is reportedly offering pre-IPO access and interested investors can sign up and submit an application for the pre-IPO stock allotment.

In the last eight years, Nu Holdings has disrupted the financial services market in Latin America through its digital operations and it expects the market size to value around US$ 1 trillion in 2021.

According to the World Bank, of the 650 million people in Latin America, the majority of the people are underbanked and don't get proper banking services. Nu Holdings is addressing this gap and seems to have growth potential.

Nu Holdings was named among the 100 Most Influential Companies in the world by Time in 2021 and by CNBC as a company among the Top 50 Disruptors.