Speculations for Discord's public debut plans have been around for a while now and now reports of some additions in the company's Board of Directors have left people wondering about its stock market debut plans.

Discord is a popular group-chatting application, and it was originally built for the gaming community. However, it has now expanded all over the internet and has communities of writers, artists, and K-Pop stans, among others.

Last year, it was expected that the messaging platform would go public, however, it did not happen.

Discord has not released any official statement about its initial public offering (IPO) plans. Some reports have claimed that the company could go public this year as it has reportedly added new members to the board of directors.

It appears that the company has added former executives from Netflix and Block, a global technology company formerly known as Square. 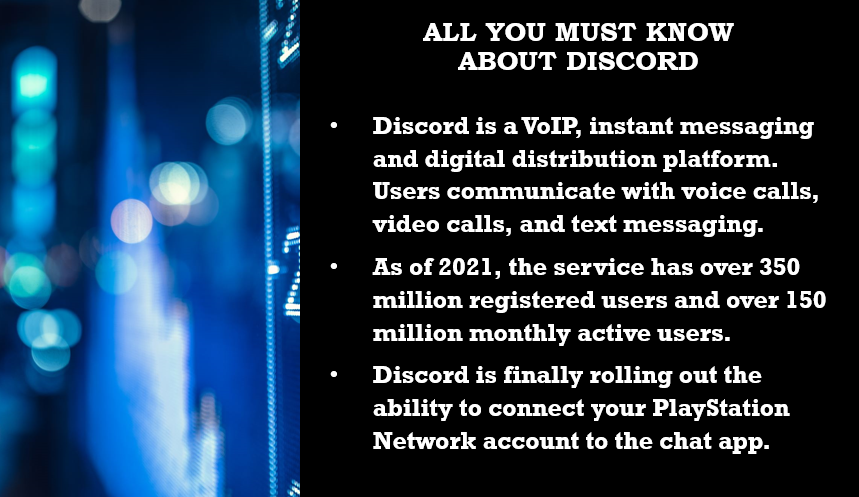 In September, Discord raised US$ 500 million in a funding round led by Dragoneer Investment Group, Fidelity Management & Research Co., and Coatue Management, among other investors.

The funding round had reportedly valued the company at approximately US$ 15 billion, which was more than double the valuation of US$ 7 billion in a funding round held in 2020.

San Francisco-based Discord is quite popular among users worldwide and it has more than 150 million monthly active users. These users use Discord's service to communicate via video, voice, and text.

If reports are true, then adding Kilgore and Ahuja could be an indication that the company is mulling for an IPO.

Ms Kilgore is known to have helped Netflix in digital subscription push. She reportedly worked there from 2000 to 2012, when users increased from 100,000 to over 26 million.