The North Carolina-based video game and software developer Epic Games often attracts people due to its popular games. It seems that both games and investors want to get their hands on the stock of Epic Games as it makes and markets Fortnite, one of the most popular games worldwide.

In 2021, Fortnite reportedly had more than 350 million players and this number jumped from 125 million in 2018. Notably, Fortnite is a free-to-play game, however, Epic Games earn money through selling subscription plans in which players get extra perks and weapons.

On Monday, April 25, it appeared that investors were looking for the Epic Games IPO plans. The video game company has remained in the news after it was recently reported that it raised US$ 2 billion in a funding round to build a kid-friendly metaverse.

Epic Games has not announced its initial public offering (IPO) plans yet and it seems it will remain private for a long time as it is raising significant amount of money in private funding rounds.

Epic Games' major investors include Blackrock, T.Rowe Price, KKR, and Smash Ventures, among others. As the video game company is not listed on any stock exchange, its stock is not available, and an individual cannot invest in the Epic Games stock.

The company is owned by its founder Tim Sweeney, Tencent Holdings, and venture capital groups. Notably, Tencent is also a large video game company, and it trades at the Hong Kong Stock Exchange.

Hence, investors looking to invest in the Epic Games stock have an alternative option of buying the stock of Tencent Holdings.

2022 has remained weak for IPOs and it seems highly unlikely that Epic Games IPO would happen this year. The markets remain volatile due to the ongoing Russia and Ukraine war and investors are skeptical due to rising inflation and interest rate hikes. 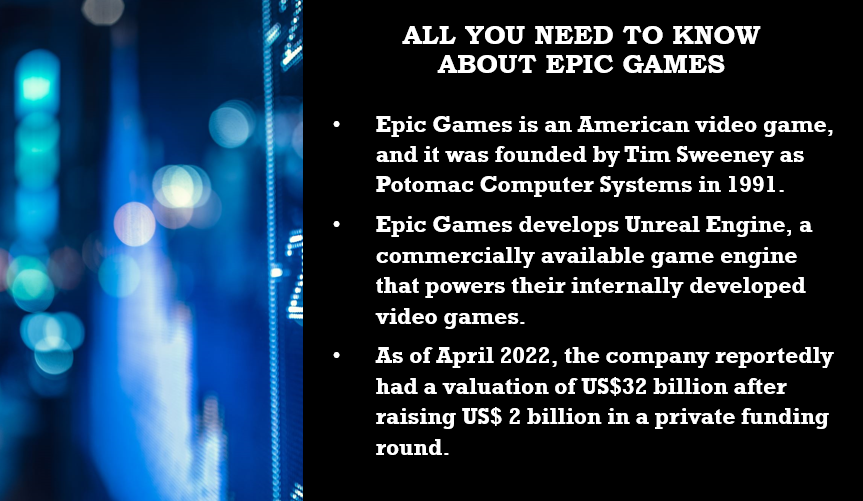 Epic Games is a popular company, and it is set to explore the metaverse, which is becoming mainstream among millennials. In the recent funding round, the company reportedly received funding from Sony and Kirbi, which the parent company of Lego.

Lego and Epic Games are reportedly working together to build a metaverse for kids which would be safe and fun. Both the companies are aiming to provide a digital immersive experience to kids in future.