Canva IPO on the cards as ex-Disney CEO buys stake in it?

Australian graphics design company Canva has kept investors hooked on any developments associated with the company since the past year after it was reportedly valued at US$ 40 billion in a funding round.

Potential investors have remained interested in the design company's stock and often search for the initial public offering (IPO) plans of Canva.

On May 30, it appeared that people were looking once again for the Canva IPO plans after some reports claimed that former Disney Chief Executive Officer (CEO)  Bob Iger purchased a stake in Canva and will act as an advisor to the privately held company.

The size of Mr Iger's investment is unknown, and Canva could take advantage of the former Disney CEO's experience as he becomes an investor and advisor of Canva.

Canva IPO on the cards?

The company hasn't officially announced its initial public offering plans, and only rumours and speculations have surfaced over the past few months regarding Canva's public debut plans.

In September 2021, Canva secured US$ 200 million in a funding round led by T. ROWE Price. Also, the design company's backers include venture capital firms like Greenoaks Capital and Sequoia Capital Global Equities.

Canva has a solid global presence, and its services are used by Fortune 500 companies like Zoom, Marriott International, and Salesforce.

The graphics design company has grown extremely popular since its inception, and one of the reasons behind this is its availability on both the platforms- Android and iOS. 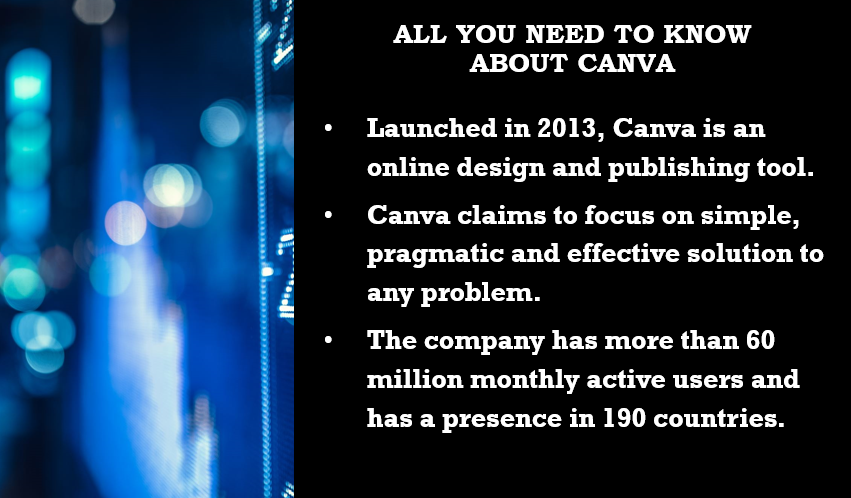 Due to recession fears, rising inflation, and the ongoing war between Ukraine and Russia, it is highly unlikely that Canva would choose to go public. If the company has an IPO plan, it will likely wait before going public.

Canva is probably the most popular design company worldwide and has helped users create more than seven billion designs.

The official website claims it has over 60 million monthly active users and has a presence in more than 190 countries. Canva was launched in 2013 and had more than 2,000 employees.