Bombas IPO on the cards? 5 things you must know

New-York based sock and apparel brand Bombas is reportedly looking to go public in the US equities markets and could be in touch with potential underwriters.

The targeted valuation and timeline for the said initial public offering (IPO) are unavailable. However, Bombas could pursue the public debut plans in 2022.

Due to uncertainty over fears of interest rates hikes by the Federal Reserve, it seems that the IPOs have not received the kind of response they got in 2021.

However, the prospects of raising money by selling common stock to retail investors make private companies take the route of becoming publicly listed.

As reports claim that Bombas IPO is on the cards, here are five things you need to know.

1. Bombas was co-founded by David Heath and Randy Goldberg, who serve as the chief executive officer (CEO) and chief brand officer, respectively.

2. The company reportedly claims to donate a clothing item to purchase each product by a customer. Bombas is believed to have donated more than 50 million pieces of clothing to homeless people. 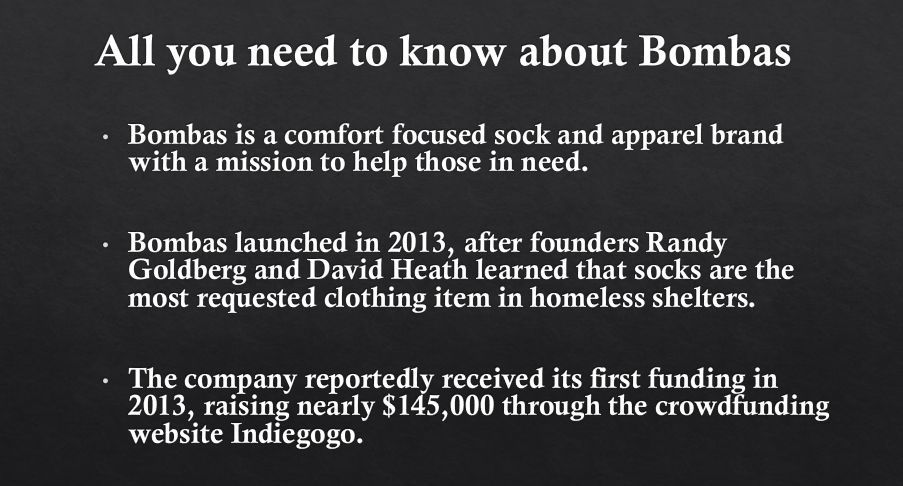 3. Bombas is known to have the backing of investors like Irving Investors, Third Point Ventures, Great Hill Partners, and Vanterra Capital.

4. As per the company website, new clothing is in high demand at homeless shelters, and this acts as a driving force behind Bombas. The New-York based sock brand supports homeless communities and creates awareness around homelessness.

5. Bombas gets in touch with nonprofits, shelters, and organizations dedicated to helping homeless people and has more than 3,500 giving partners across the United States.

As IPOs haven't been doing well compared to the previous year, Bombas could likely wait for some time if it is planning an IPO.

In the United States, the equities markets witnessed some private companies delaying or cancelling their IPO plans. According to reports, around 13 companies raised US$ 2.1 billion through IPOs this year.

In comparison to the same period of 2021, the companies have reportedly raised US$ 20 billion. Notably, not all companies take the traditional IPO route, and some choose to merge with a special purpose acquisition company.

The SPAC mergers have reportedly raised US$ 6 billion since the beginning of this year, a sharp decline from US$ 26 billion in 2021.