Bausch and Lomb IPO: How can US & Canadian investors buy this stock?

Canada-based Bausch Health Companies Inc. (TSX:BHC) said on Thursday, January 13, that its eye health business Bausch + Lomb Corporation (often referred to as Bausch and Lomb) would go public in the US and Canadian equities market.

Bausch Health Company had announced that it had intentions to separate its wholly-owned subsidiary Bausch + Lomb.

To go public in the equities market, the company has filed documents with the US's Securities and Exchange Commission (SEC).

Meanwhile, in Canada, Bausch and Lomb have filed a PREP prospectus with regulatory authorities in every territory and province in the country.

According to the company statement, all shares will be offered to the investors through a wholly-owned subsidiary of Bausch Health.

The company has not revealed the price range and quantity of shares. 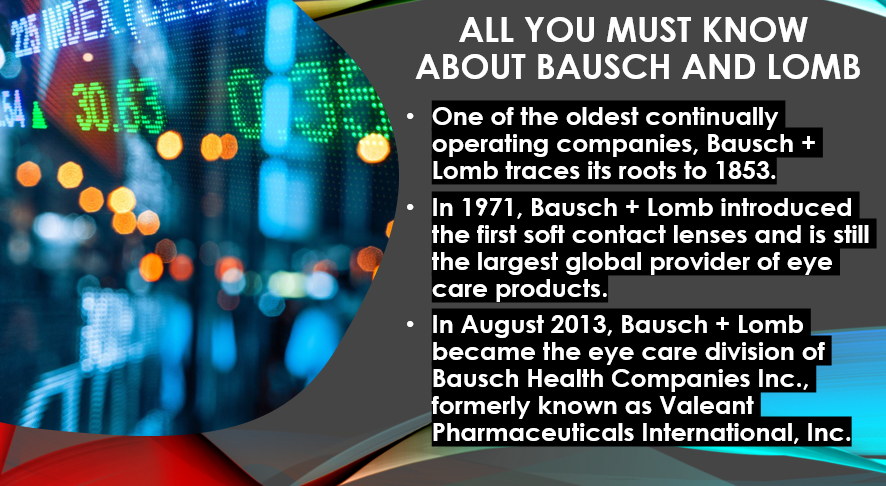 As of now, Bausch and Lomb have said it wants to raise US$ 100 million in its IPO. However, this amount is often a placeholder figure and will most likely change after setting terms for the public debut.

In 2020, Bausch Health had planned a spin-off of Bausch + Lomb, and it will continue to remain the majority owner after the initial public offering. The parent company will retain all proceeds from the offering of shares.

It is uncertain if the company will offer its pre-IPO stock, and it would only become clear after Bausch and Lomb set terms for the IPO.

As the stock will be listed both in Canada and the US, investors from both countries could buy shares from domestic stockbrokers or brokerage companies.

In Canada, the stock will debut on the Toronto Stock Exchange and New York Stock Exchange in the US. The ticker symbol will be BLCO if the IPO happens.

Bausch and Lomb is very popular across the world. It is known to have mass-produced contact lenses and made it mainstream worldwide.

The company offers a wide variety of products, and it reportedly had clocked a revenue of US$ 2.76 billion as of September 30, 2021.