The Canadian’s move into the WA goldfields followed careful analysis of the prospective but well-explored Southern Cross region, aided by a scintillating gold price which breached a previous high to hit US$2,073/oz midway through last year. 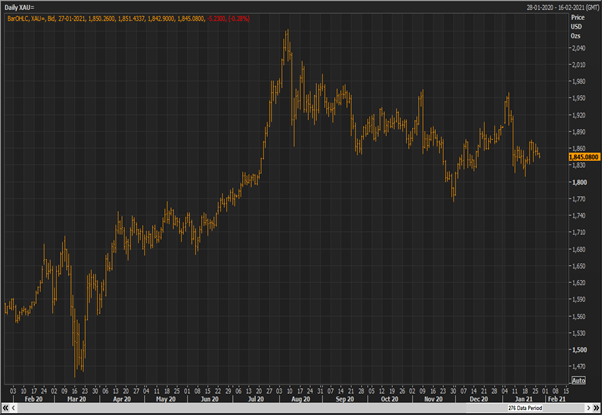 While the gold price has peeled back slightly since then, its reputation as a safehaven in uncertain times has ensured robust valuations are here to stay, offering a major tailwind to gold explorers, such as Altan Rio.

The FCSZ is a high-grade section of the Southern Cross greenstone belt that has supported large-scale mines such as Bullfinch and Marvel Loch, as well as the Frasers (1.2 Moz), Hopes Hill (214 Koz), Pilot (54 Koz), Corinthia (190Koz) and Copperhead (1.5Moz) deposits.

The Southern Cross region has produced an estimated 12.3 Moz of gold during the period 1900-2019and is estimated to hold more than 10 Moz of gold reserves. 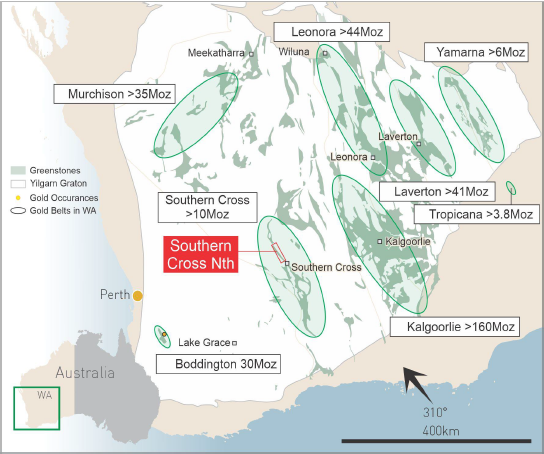 The Company’s latest exploration work is an RC drilling campaign that is testing strike extensions at a number of historic minesites as well as some promising new targets.

Some of these targets have yet to be explored in the FCSZ due to prohibitive farmland access and locationson salt lakes – both of which the Company has been able to resolve due to and consolidation and technical advancements.

A summary of some of AltanRio’s high priority prospects is found below:

Pilot is a shallow open pit which hosted a toll treating operation that was shuttered in the 90’s in response to a despondent gold price. The project offers immediate upside with the potential to host economic gold both in-ground resources and within historic stockpiles.

The project has the potential to generate cash in the short term, with amilling agreement in place with Bartoto supply the nearby Marvel Loch mill.

Marvel Loch is a major processing plant that has recently been upgraded and is actively seeking further feedstock. 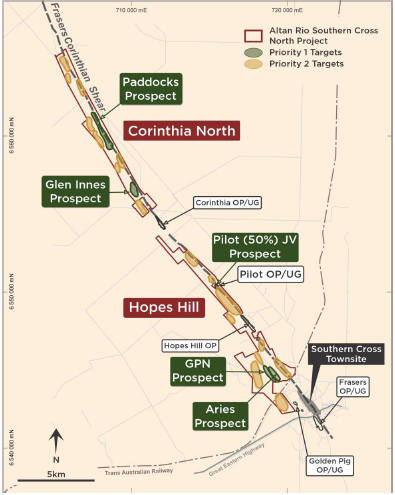 Altan has a JV with Surveyor Resources Pty Ltd with the company owning 80% holding. Altan successfully negotiated land access with the native farmers who kept the access blocked for 30 years.

Altan owns 80% in the JV with Surveyor Resources Pty Ltd. The prospect is an extension of Golden Pig Mine.

Altan and Surveyor Resources Pty Ltd. are JV partners. Altan owns 80% in the JV. The Company has already discovered gold mineralisation through a drilling campaign of 2019, giving way for further planned drilling.

Some light on the Mongolian 100% controlled mining licences. 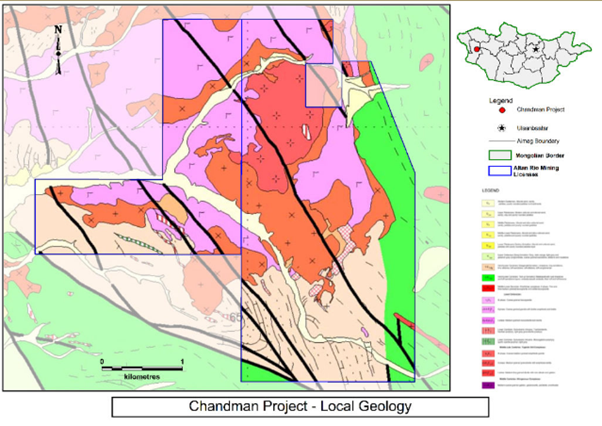 During the September quarter of 2020, Altan spent C$130,997 on the Southern Cross North Project's exploration activities. The Company holds cash reserves of C$1.50M as at Sept 30 2020