Platinum group metals, gold and nickel-copper sulphides focused company, Podium Minerals Limited (ASX:POD) has been actively engaged in the advancement of its 100% owned Parks Reef PGM Project. To date, POD has surpassed various milestones and has undertaken significant activities at the project to unleash its true potential.

POD has commenced drilling of its highly prospective Parks Reef PGM Project. POD aims to grow and improve the present Mineral Resources at the project, which stand at 1.14Moz of combined platinum, palladium and gold, plus 37kt copper.

The objectives of the drill program include the following: 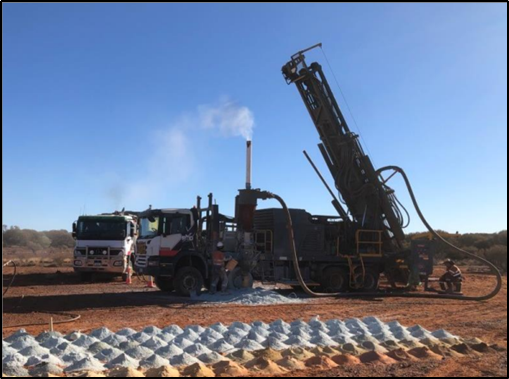 The deposit exhibits the opportunity to host a materially significant, near-surface PGM resource and the current drilling thus forms part of POD’s planned work programmes to define a credible pathway to production, including:

An Inferred Mineral Resources has been defined in 3 separate resource blocks in the west, central and eastern sectors of Parks Reef through drilling to date. This was found to have contained metals of 1,140,000 ounces of combined platinum, palladium and gold plus base metal credits with 37,300 tonnes copper.

The extension of the current blocks goes along a combined total of 6.9km of the identified 15km mineralised strike length of Parks Reef and within 100m of the surface with the mineralisation open along strike and at depth.

The current drill programme is targeted to connect the previously defined resource blocks in the western and central sectors of Parks Reef and is planned to conduct around 1,600m of reverse circulation drilling.

POD is optimistic that successful results from the drilling shall expand the scope of the total resources to a combined length of 8.5km including a continuous resource block spanning approximately 6.1km over the western half of Parks Reef.

In addition to this, a single hole in the centre of the target area completed as part of wide space drilling returned:

POD plans to undertake geological mapping and rock-chip sampling as part of the July fieldwork to test for a possible western extension of Parks Reef.

Importantly, the potential for approximately 1.2km long extension of the western flank of the Parks Reef has been indicated by the magnetic imagery. POD’s area of interest adjoins the western end of Podium’s mining leases and lying within the exploration license, E20/928. 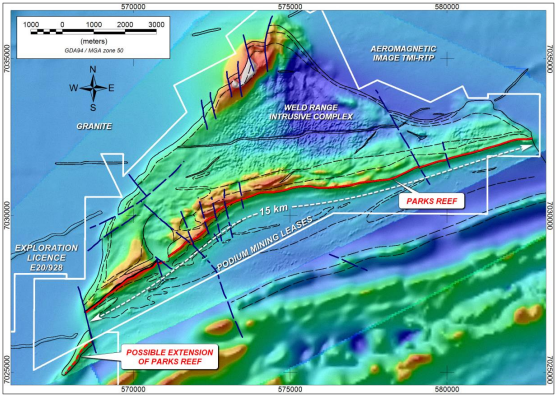 Further, in order to test for anomalous PGM and base metals, POD has planned for a rock-chip sampling of the outcrop. Moreover, if this returns positive, POD looks forward to undertaking follow-up drilling at the area.

With the recently concluded capital raising of $1.5m by way of a share placement and a Share Purchase Plan (SPP), Podium is suitably positioned to systematically advance its planned work programmes. The SPP was highly oversubscribed and strongly supported by existing shareholders.

Moving forward, POD plans to progressively publish results from the drilling to the market as soon as the Company receives the same over the coming weeks, including assays to test for continuity of high-value rhodium as identified in previous drill programmes.

POD then looks forward to commencing modelling to support an upgrade of the Parks Reef Mineral Resources.