Engaged in the exploration and evaluation of mineral and energy resources, GTI Resources (ASX:GTR) has acquired uranium & vanadium properties in Utah, USA and is also rapidly advancing its gold project in the central goldfields of Western Australia. Based in Perth, the Company’s strategy in the first half of the year has been to focus on its high-grade USA uranium portfolio, having recently satisfied its expenditure commitments on its Western Australian gold assets.

GTI has been under the spotlight lately amidst promising market announcements, including conclusion of a significant data package review on its US uranium projects, entering into binding agreements to acquire three additional gold prospecting licences in Kookynie and delivering impressive quarterly results.

In this backdrop, let us acquaint with the Company’s project portfolio- 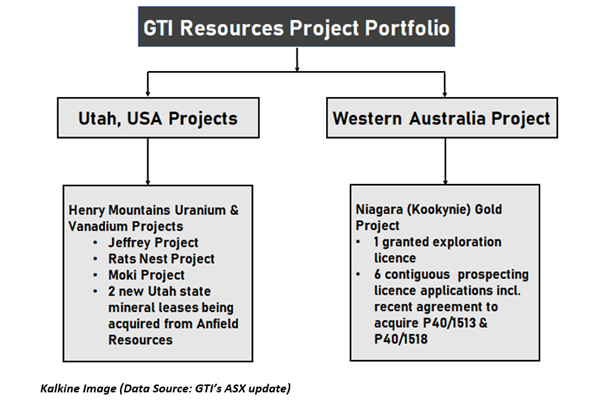 GTI believes that it is well-positioned to add value to the US domestic uranium supply squeeze and has acquired a number of highly prospective uranium and vanadium properties located in the Henry Mountains, Utah. Most recently, it announced that it will acquire two State of Utah mineral leases from Anfield.

The region has a profound history of producing 92 mlbs U3O8 and 482 mlbs V2O5 at average grades of 2,400ppm and 1.25%, respectively from the Morrison Formation sandstones. Besides, the Company’s properties are situated within trucking distance of White Mesa Mill, the only operating conventional uranium mill in America. 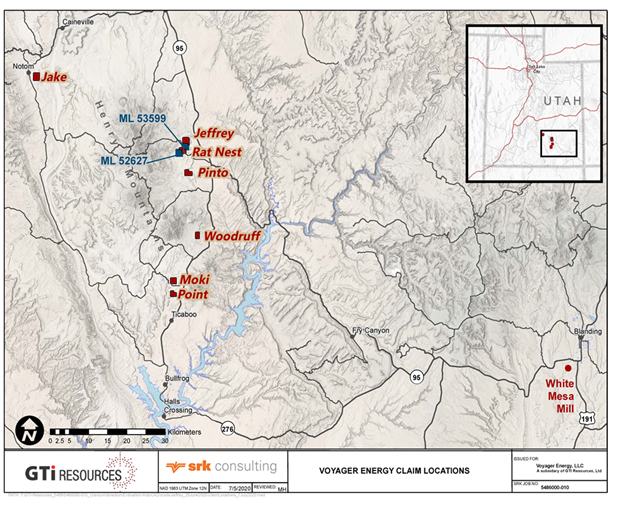 Developments at the Projects are progressing well:

The Niagara project is located ~6km southwest of Kookynie in the central goldfields of Western Australia, within the central part of the Norseman-Wiluna greenstone belt. It comprises one granted exploration licence (E40/342) for which GTI was recently granted a 5-year extension of term until 07/05/2025. Four prospecting licence applications (P40/1506, P40/1515, P40/1516 and P40/1517) were recently pegged and applied for. The Company continued to progress the grant of these new prospecting licence applications through the June 2020 quarter.

The geology of the Kookynie-Niagara area is described by large rafts of semi-continuous greenstone stratigraphy within the Mendleyarri monzogranite batholith. Several historical workings occur within and to the north of the project area, with a number of key historical mines located near Kookynie. 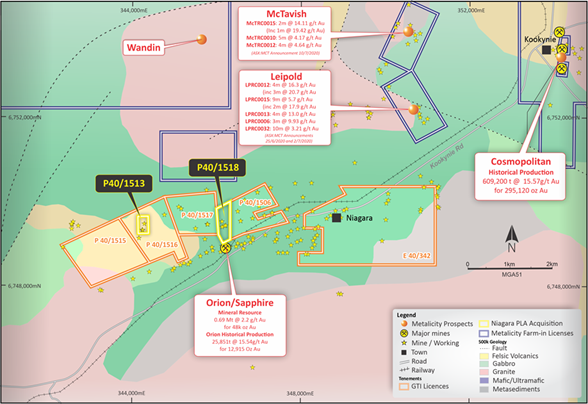 Developments at the Project are progressing well: 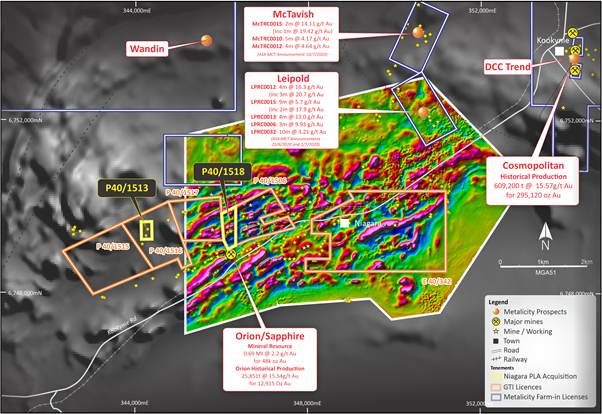 Reportedly, preparation for Q3 exploration activity in Utah is progressing with field checks of the recently secured historical data package currently in progress. Besides, the Company is awaiting drill core assay results from the drilling completed at the Jeffrey project in June 2020.

GTI is also moving to complete the Anfield acquisition within 3 months of the agreement being signed in accordance with the Term Sheet.

At Niagara Project, where term extension has been granted, future exploration is set to include ground truthing, surface sampling and drill targeting with a program of work (PoW) approved for up to 5,000 metres of drilling. Moreover, further interpretation of magnetic data from the recent aeromagnetic survey is being completed to help understand the mineralising geological system and target exploration work.