Australia produced 328 tonnes of gold and earned AU$25 billion from gold exports in the year 2020. More than one-fifth of the total 2020 gold production came from Newcrest’s mines. Newcrest produced 2.146 Moz of gold in 2020, which is roughly 60.84 tonnes of gold.

Newcrest operates high-grade gold mines in some of the most prolific gold regions on the Earth. The Cadia Gold Mine in New South Wales is one of the largest gold mining operations in Australia. The gold mine achieved a tremendous feat during the March 2021 quarter, reporting an all-in sustaining cost (AISC) of negative US$160/oz, which is the lowest-ever quarterly AISC figure.

Good read: Three ASX gold stocks to light up your portfolio as gold prices heat up

Along with gold, NCM also extracts silver and copper associated with gold deposits at its mines. During the March 2021 quarter, the Company produced 35,034 tonnes of copper and 228,543 ounces of silver. Total gold production during the quarter stood at 512,424 ounces. 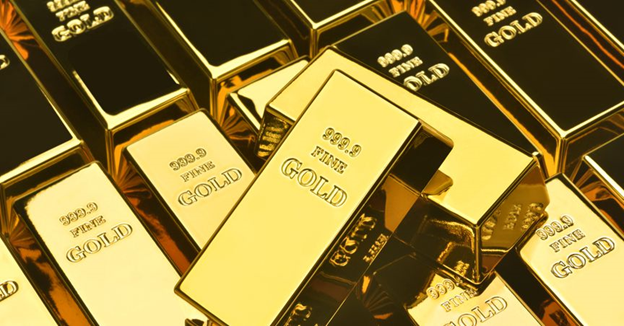 Newcrest currently operates four gold projects and has minor interests in several other gold projects. The Company has two gold producing projects in Australia and one each in PNG and Canada.

The Cadia mine was discovered in 1992 and went into production in 1999. It is one of the largest gold mining operations in Australia.

The mine produced 179,546 ounces of gold and 26,324 tonnes of copper during the March 2021 quarter. To extend the life of mine (LOM), NCM is continuously exploring and developing the surrounding areas. Currently, the company is progressing on a pre-feasibility study for the development of the PC1-2 cave.

Lihir achieved more than 15 Mtpa of sustainable mill throughput rate in 2019. During the March 2021 quarter, Lihir produced 183,231 ounces of gold at an AISC of US$1,293/oz. To further advance the project, Newcrest is in the final stage of concluding the Phase 14-A pre-feasibility study, expected by the end of this quarter.

The work has identified 20Mt @ 2.4g/t Au including 13Mt @ 3g/t Au of indicated mineral resource, which can be used as mill feed in the future.

Telfer sits within the Great Sandy Desert of the Pilbara region in WA. The gold project produces gold from open pits and underground mines of Main Dome and West Dome. NCM extracted 105,228 ounces of gold and 3,666 tonnes of copper from Telfer in the first quarter of 2021.

Telfer has potential for near mine gold prospects and polymetallic deposits.

Good read: Why investing in gold stocks can add feather to your portfolio cap

Newcrest holds a 70% interest in the project, which is located in British Columbia, Canada. The company is undertaking a brownfield exploration program on the project. Red Chris has estimated a Measured and Indicated Resource of 980Mt @ 0.41g/t Au and 0.38% Cu for 13 Moz of gold and 3.7Mt of contained copper. 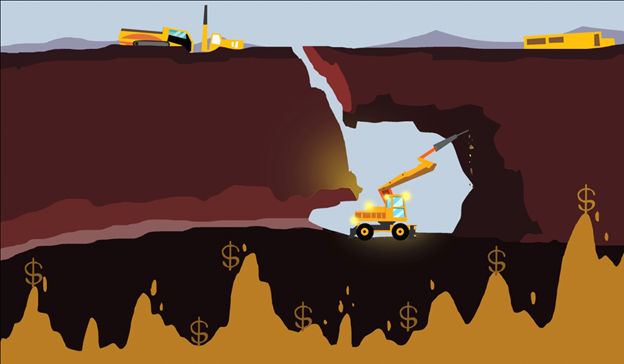 During the March 2021 quarter, 11Koz of gold and 5,044 tonnes of copper was extracted from the project. The recent drilling campaign at the East Ridge and Main Zone on the project tenement area continues to expand the gold footprint.

Newcrest holds a 50% interest in Wafi-Golpu, which is an advanced exploration project in PNG and is in the permitting phase.

Havieron is also an advanced-stage project, located close to the Telfer asset. The company operates the project in a joint venture (JV) with Greatland Gold Plc. Newcrest can earn up to 70% interest in the JV.

The drilling campaign during the March 2021 quarter intersected gold mineralisation in all seven drilled holes. Newcrest is currently working on the Water Management Plan and securing permits and approvals for development works on the project.

Back in 2020, Newcrest acquired a 32% equity interest in Lundin Gold Inc, which operates the Fruta Del Norte Gold Project in Ecuador. During the March quarter, the company realised a production share of 33koz from its 32% interest.

Newcrest is investing heavily in developing new gold projects and increasing the LOM of the existing assets. As the gold bull run is expected to continue in the foreseeable future, long-life and low-cost gold projects would enable the Company to leverage the opportunities. The Company has given FY21 production guidance in the range of 1.95-2.15 Moz.

New user. Create account.
forgot Password
Enter the email address associated with your Kalkine account.
Set new password
To verify your email, we've sent a One Time Password (OTP) to
Gold slides to 11-week lows; Ten ASX stocks under $1
We use cookies to ensure that we give you the best experience on our website. If you continue to use this site we will assume that you are happy with it. OK