Troy Resources reported gold production of 6,334 ounces, lower than the anticipated volumes due to low mine production and lower mill feed grade. The mill throughput totalled 200,814 tonnes during the Quarter, which is in line with the target production. 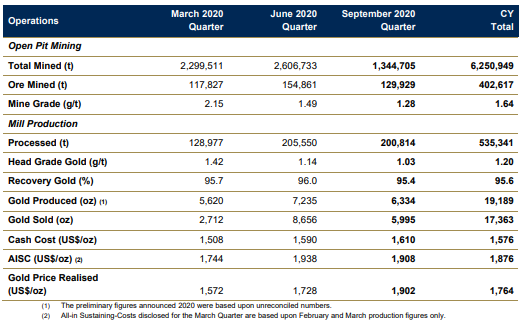 During the September Quarter, 1,344,705 tonnes of material were mined, registering a decline of ~48% against the previous quarter. The mill head grade reduced to 1.03 g/t Au against 1.14 g/t Au in the June quarter. The low mill feed grade is attributed to higher tonnage of mineralised waste at 0.56 g/t Au which was processed at the beneficiation plant. This substantially reduced the average mill feed grade and the gold output.

The C1 operating costs and the All-In Sustaining cost stood at US$1,610 and US$1,908 respectively, for an ounce of gold during the September quarter. During the quarter, Troy announced the mineral reserve and resource. The company documented 1+ million oz gold as Mineral Resource with reserves of 72,200 Oz gold as on 30 June 2020 at Troy’s Karouni gold operations in the Guiana Shield.

Karouni Mineral Reserve and Resource as of 30 June 2020 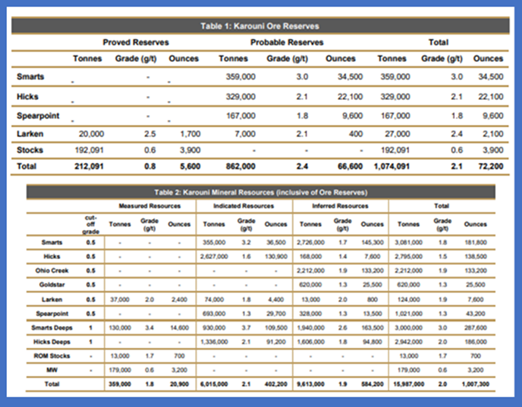 The mining operations were impacted due to the extension of the wet season and the restricted mobility due to the stringent lockdown measures by the Guyanese Government. Subsequent to the quarter, the frontline expat management is now returning to the Karouni operations following the opening up of borders by the government.

Following the quarter, one of the employees who had been sent for referral, tested positive for the COVID-19 virus. The proactive effort from the gold miner restricted the transmission of the virus. All employees were tested for COVIFD-19 virus, and the infected employees were transferred to Guyana for further testing, treatment and isolation. The production has been impacted due to this in October, but the mining operation did continue at a lower production rate.

The border control restrictions are being eased in a phased manner with the resumption of repatriation flights to and from the US during September 2020. Troy Resources is committed to safeguarding the health and safety of its employees and contractor at Karouni mine site and continues to monitor the virus situation on a daily basis. 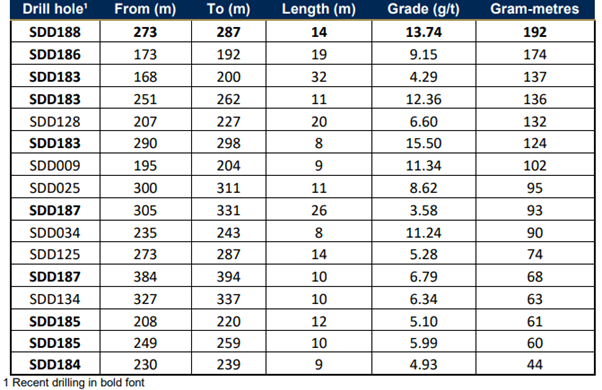 The Smarts Underground prospect has been mapped over a strike length of 350 metres with a depth of ~350 metres. Following the success of the recent infill drilling program, Troy Resources has planned a further drilling program of further 9 holes to test the strike extensions to the north-west.