Based in Perth, Western Australia, Prominence Energy NL (ASX:PRM) is an O&G exploration and development company, with primary asset - Bowsprit oil project in the Gulf of Mexico, US. The primary objective of the Company is to get the field on to production, as well as carefully identify and secure additional follow up project leases.

The Company identified the project location after an extensive review of opportunities and the project is believed to offer a niche suitable for PRM. Bowsprit Oil Project is in a strategically good location with upside potential in prospective resources. Location within the Gulf of Mexico shallows gives the project a ready availability of critical infrastructure and expertise.

The Breton Sound Basin covering a total area of approximately 676,400 acres is located in southeast Louisiana. 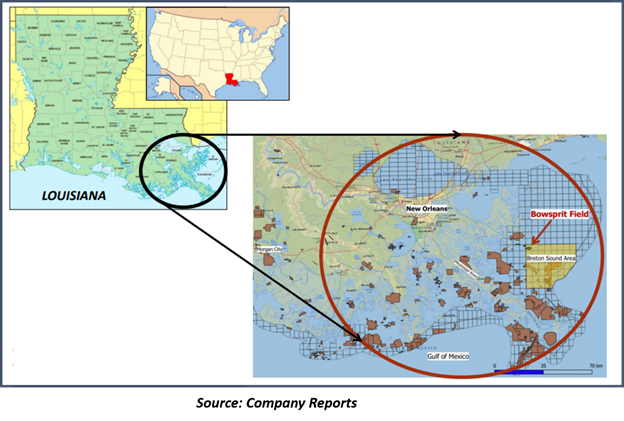 The Breton Sound and surrounding inland shallow waters boast a prolific hydrocarbon basin, which was developed at an extensive level during 1950s-1990s.

The field has a history of modest oil production in the 1960s before the advent of 3D seismic and horizontal drilling and other modern exploration techniques.

Few facts about the field are:

Prominence Energy has selected a primary well location for the project. The Company plans to drill a vertical pilot hole at the project and then pull back and deviate the well to place a horizontal well between former production wells in the proven (flowed) Upper Miocene Sand. 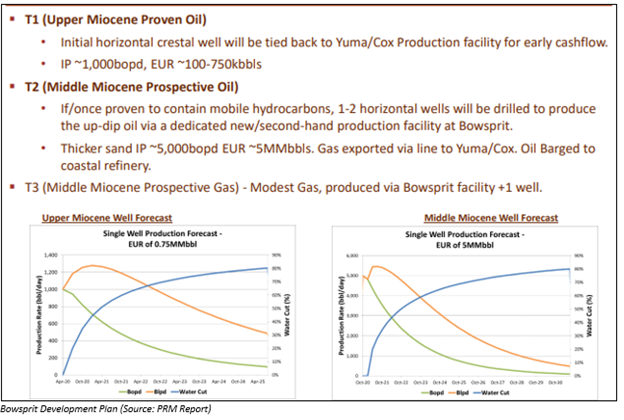 The Company recently released its activities report for the December 2019 quarter, during which PRM secured all the three required permits to drill the first Bowsprit well and appointed farm-out agents to advance discussions with several potential partners for executing a deal/s.

Depending on obtaining funding and/or executing farm-out deal/s, Prominence Energy plans to drill the first well at the project area in the second quarter of 2020, with the coming appraisal drilling designed to demonstrate the potentially robust economics of the project. Additionally, the Company expects to establish early production in the third quarter of 2020, subject to the results of the appraisal well.

If the appraisal well is successful, PRM intends to suspend the well as a future producer.