Chinese rideshare app DiDi is extending its parcel delivery service to Sydney, after launching in Melbourne and Perth. Sydney is the latest city where DiDi is offering a contact-free delivery service.

DiDi delivery is an on-demand delivery service which allows Australians to send and receive parcels. DiDi drivers deliver the packages to the recipients. Through the delivery service, individuals and businesses can request the on-demand supply of items around their cities.

DiDi Delivery initially was launched in Melbourne and Perth. But recently, due to the high demand, the services are planned to be operational in Sydney. The company plans to extend its services throughout the country in the future.

In the crisis times of pandemic due to novel coronavirus (COVID-19), DiDi is extending contactless handling and delivery services to keep the customers and its users safe and avoid the spread of COVID-19.

The company is asking drivers to practice extra caution while completing a delivery request to allow the sender and recipient to load and unload the parcel.

In order to ensure contactless delivery, user drivers will not handle the parcels directly while loading. At the time of pick up at its location, the app will allow the sender to load the package into the car. The recipient of the parcel will also collect the parcel directly from the vehicle at the drop off location. The contact with the users will be minimal during this transaction.

While taking utmost precautions, the company is following the safety guidelines such as hand wash before and after a trip, maintaining a safe social distance of 1.5m when meeting face to face to pick up or drop off the items to the customer.

To make it all contactless, payments are also made directly through the app.

There are particular food delivery guidelines in place in compliance with the applicable Food Standards Code set out by Food Safety Standards Australia. To make DiDi delivery a positive experience for everyone, it is asking users to follow community guidelines.

Origin and Spread Amidst Competitive Landscape

Uber, DiDi, Ola, GoCatch, and Bolt are the most commonly used taxi services in Australia. Among which Ola and Uber have started with its parcel delivery services as well.

The Chinese company Didi Chuxing Technology Co Ltd entered the Australian market in 2018 on a trial basis and in 2019 launched ride-hailing services in Newcastle, Australia. Within a few months, DiDi started its ridesharing services in Perth, Western Australia. Australia was its first foray in a Western-style country.

Outside Asia, DiDi, first expanded its services in Mexico with its core strategy for globalisation. China has more substantial influence in Southeast Asia and Latin America markets traditionally, so with the launch of its services in Australia, DiDi wanted to test how the brand is perceived in Western markets.

Geographic Expansion on the Cards

Recently, the rideshare group DiDi Chuxing announced on extending its rideshare services in 20 more cities, including Adelaide and Canberra. To stand up against rivals Uber and Ola, the company is seizing on the opportunity presented by the easing of lockdown restrictions.

Its Australian expansion is impacted because of COVID-19 pandemic, but the gradual uplifting of restrictions in most of the states offers perfect timing for expansion as people are getting back to their daily routine.

A recent survey conducted by Institute of Transport and Logistics Studies ahead of the COVID-19 pandemic in February found that 51% motorists in New South Wales were most likely to use taxis and Uber services to access public transport.

Professor David Hensher, Director of the ITLS, believed that these encouraging results from the survey are the evidence of the vital role rideshare services play when it comes to first and last kilometre service supporting mainstream public transport. 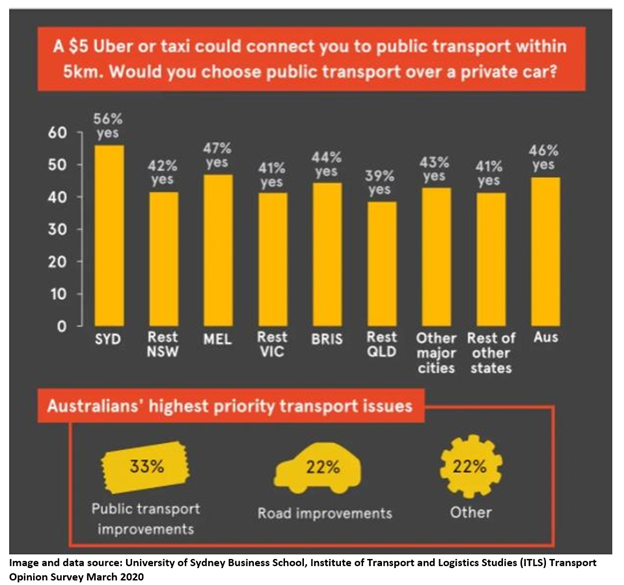 When it comes to rideshare, three significant factors are considered by the consumers, namely ride fare, convenience and safety.

Shebah ride-hailing services only hire female-identifying drivers and accept rides from women or men travelling with the children.

Uber with its long-standing in market space is the most recognised service in the country, though the fares are on bit higher side compared to its rival services.