Superior Lake Resources Limited (ASX: SUP), a company from the metals and mining sector, which explores and develops mineral prospects in Australian and Canadian regions. 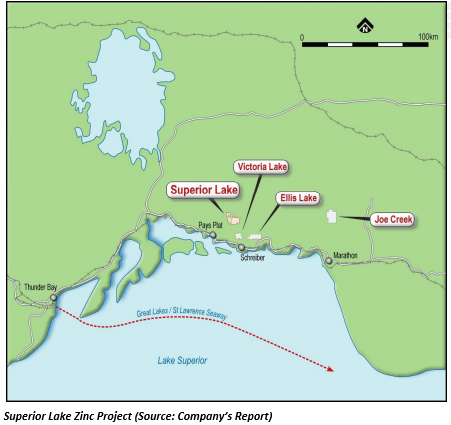 Further, in the presentation, the company highlighted the global zinc market vs the North American zinc market. 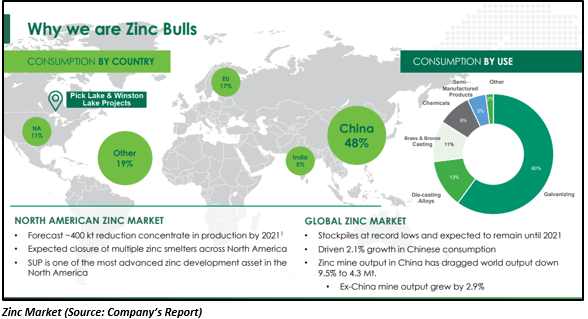 Canada has a long history in the resources sector. It is considered as one of the top global jurisdictions to explore as well as develop mining operations. The investors from North America have shifted from the resources industry into new growth industries leaving many the sector underfunded.

The historical operation had produced concentrates as follows:

In either of the concentrates, no harmful elements were found. The three zinc smelters in Canada were accessible through the existing rail networks. The rail terminal is 30 km from the site.

The preliminary project financing discussions are under progress. The company has received strong interest from global banks, private equity along with the offtakers. There is an opportunity to connect offtake with funding.

At the project site, only two deposits have been discovered to date. In more than 20 years, only limited exploration was completed, and there was no modern exploration work carried out. Now, the focus of the company on near mine exploration targets would be to utilize the existing infrastructure and expediating additional production.

In 2019, the company had been able to complete its first exploration program in the period of the last 20 years. Three major near mine geophysics anomalies were identified. The definitive feasibility study is under progress, expected to be completed by the middle of 2019. Also, project financing, offtake negotiations and permitting process are under progress phase.

The company has recently entered into a binding agreement with certain minority shareholders of Ophiolite to acquire an additional 15% interest in the Superior Lake Zinc project based on the approval from shareholders.