Copper prices soared to all-time high on 10 May 2021. Copper futures for July delivery last traded at US$4.84 per pound on COMEX as of 10 May 2021. The copper prices have almost doubled in the past one year.

The previous record in the copper prices was noticed in 2011 during the peak of commodity supercycle.

The demand for copper is a reliable indicator of economic development as the reddish-brown metal is used in almost every industry. Due to its wide applicability and direct relation with economic health, it is sometimes referred to as "Copper-Doctor". 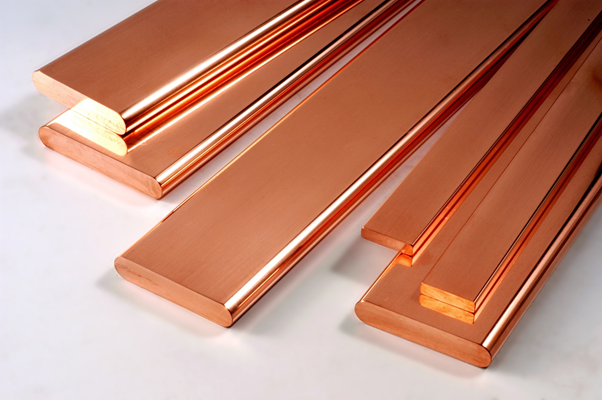 The current surge in copper prices is being fuelled by a rapid economic recovery in leading economies, including the US, China, Germany and Japan. A surge in demand for electric vehicles coupled with Joe Biden’s US$2.3 trillion infrastructure development plan has also glinted the copper rally. Moreover, China's move to limit carbon emissions has boosted the red metal demand as a key ingredient in the energy transition.

Must Read: Commodity Market at Multi-Year Highs, 10 Hot Stocks to look at

The robust demand is putting extra pressure on copper miners to maintain the market equilibrium.

Let's look at six copper stocks that are capitalising on the current copper rally.

OZ Minerals Limited (ASX: OZL) is an Australia-based copper and gold focused player with operations in Brazil and Australia. The company holds numerous copper projects in western and southern Australia.

The miner produced 26,842 tonnes of copper in the March 2021 quarter. The company is well-positioned to achieve its FY21 guidance of 120Kt to 145Kt for copper production.

Good Read: How OZL and SFR are faring on the charts amid a surge in copper price?

Aeris Resources Limited (ASX:AIS) is a copper miner with its head office in Brisbane, Australia. The miner holds two fully owned projects in NSW and Queensland.

With robust projects, strong team and next-level technology, the miner is progressing to establish itself as a mid-tier copper group.

The miner produced 16,803 tonnes of copper in the March quarter and is well-positioned to achieve its FY21 guidance of 67Kt to 70Kt.

The miner produced 30.4 million pounds of copper equivalent in March quarter, ending the period with a C1 cash cost of US$1.15/lb.

VMS commenced drilling at its Golden-Grove project in the last quarter to test priority zinc-copper-gold targets.