In an upbeat market update on 15 March 2021, the company unveiled its revised target to achieve carbon neutrality by 2030, 10 years ahead of the earlier plan. The company plans to incorporate the target into its formal remuneration structure, including incentives for the short and long-term.

Fortescue Future Industries (FFI) – the key enabler of the target

The subsidiary is working on plans to build large-scale renewable energy and green hydrogen production capacity, which is expected to advance the substitution of green hydrogen and green ammonia for carbon-based fuels. Aided by the governments across the country, the projects are likely to make a significant contribution towards lowering national carbon emissions.

Key Projects to Achieve the Target

Fortescue Metals Group is undertaking to deliver several key projects by the stretch target of 30 June 2021, including - 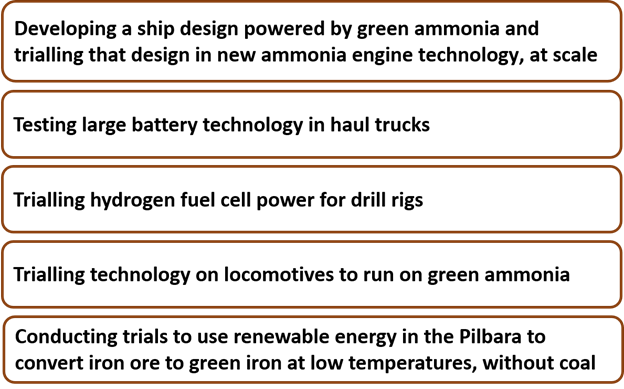 All the projects are expected to contribute to the global inexorable march to carbon neutrality, said Fortescue CEO Elizabeth Gaines. The focus will be on ensuring that the business operates the major steel, truck, train, ship, and mobile plant industries with renewable, environmentally friendly energy.

Fortescue Future Industries will use commercial-scale equipment to undertake the trials, designed to prove that the demand for direct green electricity, green ammonia and green hydrogen is likely to become as large as the fossil fuel industry in the upcoming period.

The projects are an addition to the company’s significant investment with its partners into energy infrastructure.

Fortescue will undertake independent verification to monitor the progress to carbon neutrality target.