Coles Group (ASX:COL) on Friday released its Climate Change Position Statement, announcing its new emissions target under the ‘Together to Zero’ ambition. The retail giant has affirmed its commitments towards a greener future by vowing to reduce greenhouse gas emissions.

The Group aims to achieve near zero greenhouse gas emissions by the year 2050. The company has also set a target to completely shift to 100% renewable electricity by the end of FY25. 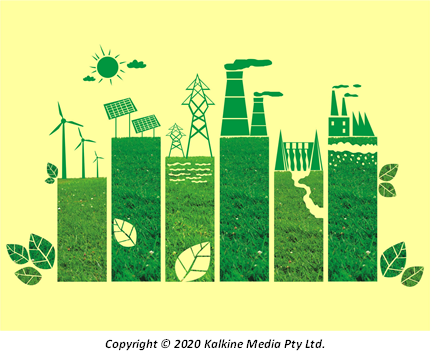 The new target list also includes a reduction in combined Scope 1 and 2 greenhouses gas emissions by a percentage higher than 75% by the end of FY30, from a FY20 baseline.

The company’s CEO Steven Cain commented that the Scope 1 and 2 emissions have already been reduced by 36.5% since 2009. However, the company continues to work in this sphere to push this figure down to 75%.

Coles Group is a food and groceries retailer providing retail services through its flagship supermarket chain Coles. The company is also engaged in the sale of liquor and petrol through its Coles liquor and Coles Express outlets.

In a bid to be more environmentally conscious, the company has dedicated climate change operations in action, just like various other commercial businesses. The company’s board is the regulator of its governance policies and assesses the effectiveness of the company’s sustainability initiatives.

This regulation is further enhanced by the Audit and Risk Committee, which oversees and assists the company board in fulfilling these initiatives.

Coles also has a Sustainability Steering Committee, which manages Group-wide identification and response to sustainability risks. Another Subcommittee oversees the company’s approach towards climate change.

Coles as a Stock

The company also released its half year results for 1HFY21 earlier this year. The company’s total sales revenue was up 8.1% during the period to reach AUD 20.4 million. EBIT also rose 12.1% to reach AUD 1 billion, while the Net profit after tax improved 14.5% to AUD 560 million.

The company was able to draw in an improved half year performance due to its growing online sales.