Australian shares were trading near the day’s low by the afternoon as caution prevailed in the market ahead of the second quarter gross domestic product (GDP) data. Weak cues from Wall Street as well as persistent concerns over the COVID-19 situation in the country also kept investors sidelined.

Investors were eagerly awaiting June’s GDP figures amid economic uncertainty caused by the COVID-19 pandemic. The latest date released by the Australian Bureau of Statistics on Wednesday showed that the GDP rose 0.7% in the June quarter. This was lower than 1.9% in the March quarter, but topped analysts’ forecast of 0.5%.

The equity market witnessed broad-based sell-off as ten of the 11 sectors were bleeding in red. The healthcare sector was the worst performer with a 1.4% loss, followed by consumer staples, which dropped 1.3% by lunchtime. Among others, consumer discretionary, industrial, material, financial, utilities and tech also witnessed surge in selling.

Bucking the trend, the energy sector was the only gainer, trading 0.3% higher, despite fall in crude oil prices.  The price of benchmark Brent crude oil fell 0.6% to US$73 per barrel, but US oil improved 1% to US$68.53 a barrel.

On the COVID-19 front, NSW reported 1,116 new local cases and four deaths on Wednesday. Meanwhile, New Zealand recorded 75 new locally acquired cases, of which 74 were reported in Auckland, and the other one in Wellington. 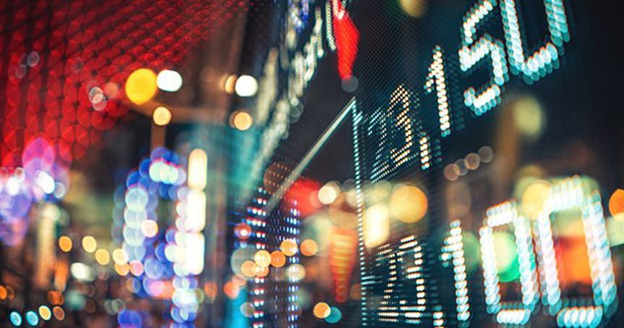 Shares of biotech firm Mesoblast (ASX: MSB) extended their losing streak for the second day after falling 15% in the previous session. The company on Tuesday reported net loss of US$98.8 million in the 2021 financial year, while sales revenue dropped 77% year-on-year to US$7.5 million.

Shares of medical data and technology firm HeraMED (ASX: HMD) gained nearly 3% on securing a contact. The company said in an exchange filing that it had been shortlisted by Catalonian Government’s qualification process for technologies in obstetrics.

Shares of dual-listed gold miner OceanaGold (ASX: OGC) slipped nearly 2% following an ASX update. The company said in an exchange filing that it had resumed operations at the Macraes and Waihi mines, after the New Zealand government eased COVID-19 restrictions.

Shares of cannabis-based pharma company Althea (ASX:AGH) rallied over 8% on signing a US$3.42 million deal with The Boston Beer Company. The Australia-based company said that its subsidiary, Peak Processing Solutions, has entered into binding agreements with BBCCC, Inc., a subsidiary of The Boston Beer Company Inc. and WeedMD Rx Inc., a subsidiary of Entourage Health Corp., to introduce a new range of cannabis-infused beverages to Canadian consumers.

Shares of EBOS Group (ASX:EBO) traded marginally higher after it completed the acquisition of Sentry Medical. This was the fourth acquisition in the last 12 months, indicating the company's continuation of its strategy of investing for growth.

Lithium-focused Piedmont Lithium (ASX:PLL) has completed a 9.9% investment in IronRidge Resources (IRR) post share subscription agreement signed in July 2021. Following the announcement, the share price of the company dropped over 1%.

Shares of SILK Laser Australia (ASX:SLA) climbed nearly 3% after it completed the acquisition of Australian Skin Clinics (ASC) and The Cosmetic Clinic in New Zealand.