Before we understand the market stance, an economic update was revealed today, that kept investors cautiously vigilant. Well, equity-market sell-offs time and again have been known to foreshadow economic trouble!

Headline inflation jagged to 3.5% in the year to December 31, shattering market expectations, while underlying inflation hit 2.6% and is now years ahead of the Reserve Bank of Australia’s official forecasts.

On the sectoral front, all 11 sectors ended lower. The session's top sector, Consumer Staples, was lower by 1.24%, continuing its 2.94% decline for the last five days.

On the other side, in the red zone of the ASX 200, Liontown Resources (ASX:LTR) topped the laggards’ chart, its stock down by over 9%. Other stocks in this zone were Chalice Mining (ASX:CHC), Pointsbet Holdings (ASX:PBH), Polynovo Limited (ASX:PNV) and Silver Lake Resources (ASX:SLR).

Asian stock markets traded mostly lower today. Hong Kong, Indonesia, and Taiwan slipped between 1% and 1.9% each. Malaysia and Singapore were lower by between 0.2 and 0.8% each. China remained comparatively flat with a negative bias. 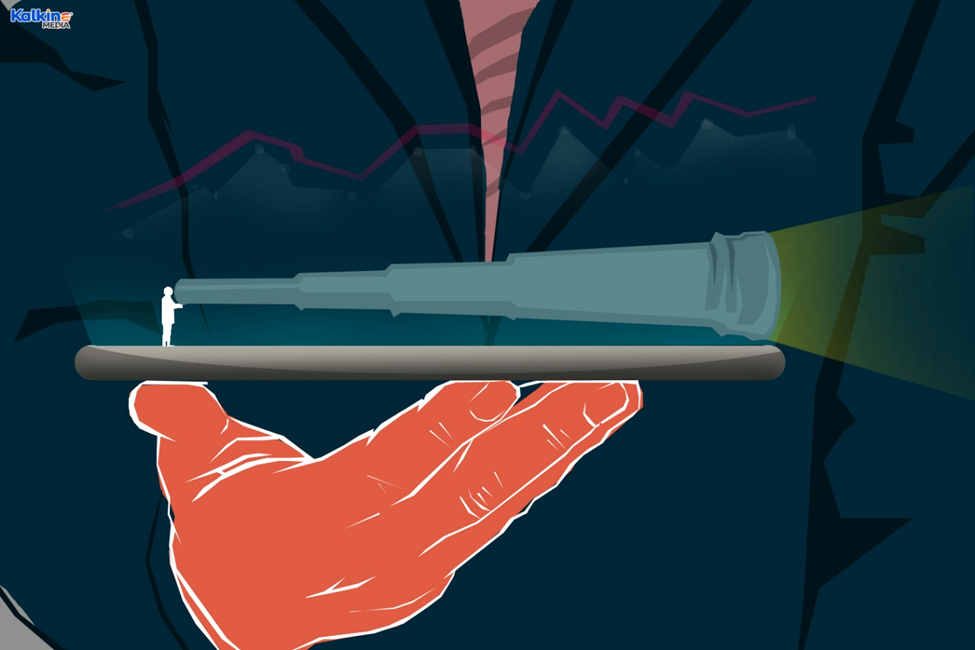 In the US, positive cues were noticed from Wall Street overnight after an initial sell-off. Well, traders are selling off stocks, thanks to concerns of inflation and policy tightening by the Fed. Besides, omicron is also undermining market sentiment, with strict restriction placed in some countries.

The Federal Reserve is scheduled to begin a two-day meeting, with the latest monetary policy decision due tomorrow afternoon.

The overall crypto market stabilised after the broad market correction downward in the past week. Bitcoin is currently hovering around US$36,400 and is up slightly compared to yesterday. Ether was down slightly, trading at about US$2,400. Most of the major alternative coins (altcoins) were in the red.

In other news, a meme coin, TrumpCoin, has caught the attention the Trump family. Donald Trump's son, Eric Trump, tweeted that the coin has nothing to do with the family, is not authorised, and the family might take legal action soon.