Carawine Resources Limited (ASX: CWX), based in West Perth, is a metals and mining sector company focussed on the exploration and ultimate development of economic minerals such as gold, copper and base metal deposits within Australia. Currently, the company is advancing works at its four key projects, each targeting high-grade deposits in world-class mineralised provinces of Australia.

The four projects are discussed as below. 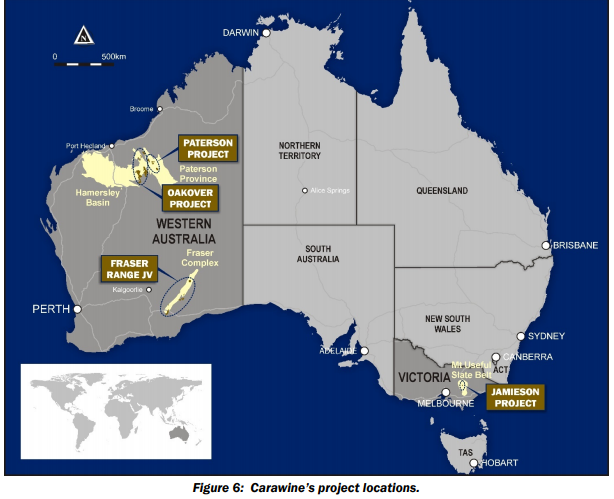 The Jamieson Project is situated within the geological province called the Mt Useful Slate Belt in the north-eastern Victorian Goldfields. The project comprises mining license EL5523 (granted), which covers around 34 km2 of area across the Hill 800 gold and the Rhyolite Creek zinc-gold-silver prospects. 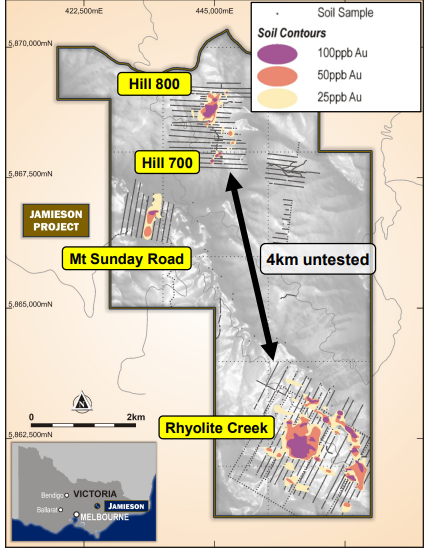 Of late, on 27 May 2019, the company revealed an outstanding assay interval from diamond drilling at Hill 800, extending mineralisation and supporting a new mineralisation interpretation. The exceptional width and grade returned from latest Hill 800 drill hole include 101m @ 1.44g/t Au from 21m, including 12m @ 4.32g/t Au from 83m.

This follows assay results reported on 3 May 2019 from twin drill holes, where diamond drilling targeted higher and lower grade parts of the mineralised zone, returning high gold grades of 34m @ 3.84g/t Au from surface, including 23m @ 5.06g/t Au from surface.

According to the Managing Director Mr David Boyd, the next drilling program at Hill 800 targeting the down-plunge extents of the newly defined Main Zone is expected to-commence later this year, following the ongoing exploration program at the Paterson Project.

Planning is also in progress to advance other high potential prospects within the Jamieson Project area, including the Rhyolite Creek, Hill 700 and Mt Sunday Road prospects.

Situated in the Paterson Province near Pilbara Craton, the Paterson Project comprises five granted mining licences and one licence application over a total area of ~ 1,140 km2 (held 100% by the Carawine) across sub-project areas: Trotman South, Lamil Hills, Baton, Sunday and Red Dog. 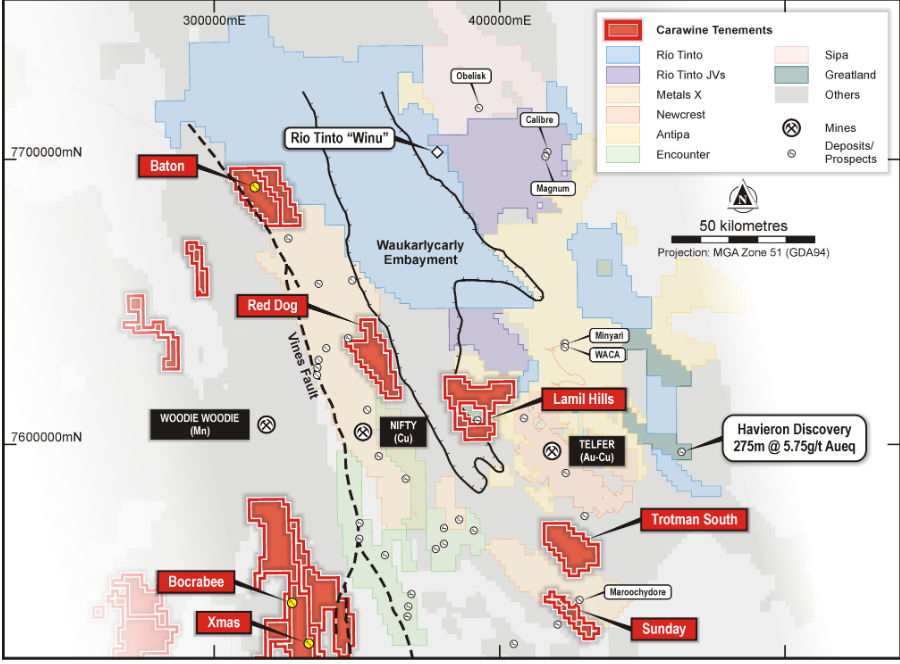 Besides, the region is also host to a couple of other world-class gold and copper deposits, including Newcrest Mining Limited’s (ASX: NCM) Telfer gold and copper Mine and Metals X Limited's (ASX: MLX) Nifty Copper Mine.

On 6 May 2019, Carawine Resources announced a major geophysical program for its Paterson Project tenements to identify and refine drill targets on the Baton and Red Dog tenements. This program has commenced with the detailed aeromagnetic survey at Baton. The commencement of Helicopter-borne VTEM™ Max electromagnetic survey to be flown over entire Red Dog project was scheduled for early June 2019. The results from both surveys are expected during end-June and early July 2019.

Carawine Resources and Independence Group NL (ASX: IGO) have a Fraser Range Joint Venture for the granted five tenements, where IGO holds 51% interest and may earn an additional 19% interest if it chooses to spend $ 5 million by 2021-end.

Activities in the Quarter ended 31 March 2019

On 29 April 2019, Carawine Resources released its Quarterly Activities Update for the period ended 31 March 2019, whereby the company reported to have identified six priority prospects within the Red Dog and Baton project areas of the Paterson Project (see figure below). 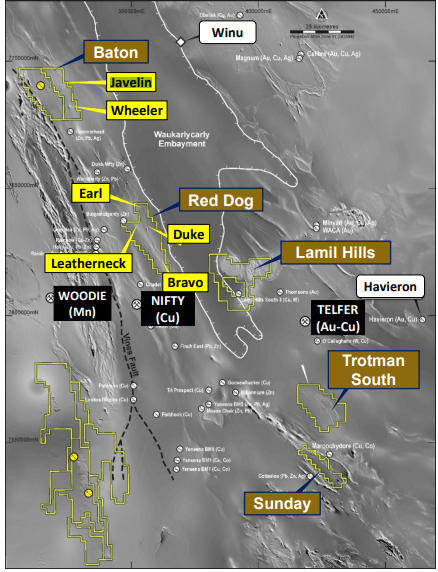 The six new prospects include- the Javelin and Wheeler Prospects at Balton; and Earl, Leatherneck, Bravo, and Duke Prospects at Red Dog. The company had mentioned that the planning is underway with the first exploration program at the new targets expected to commence during May 2019.

The company had a cash in had of around AUD 2.0 million as of 31 March 2019. Around AUD 659K were spent on operating activities including exploration, evaluation, staff and other corporate costs.

On 30th May 2019, Carawine Resources announced the appointment of Ms Rebecca Broughton to the position of Company Secretary, effective immediately. Ms Broughton would be succeeding Ms Gemma Davies who resigned as Company Secretary on the same day.

Recently on 11 June 2019, the company informed the market that 838,926 fully paid voluntarily escrowed ordinary shares from 12 June 2018 were released from escrow on 12 June 2019. The Shares are currently quoted on the ASX. The Shares were issued to the vendor Jamieson Minerals Pty Ltd as per the terms of the earn-in agreement between the two parties for the Jamieson Project in north eastern Victoria.