On Monday, the Australian stock market continued its downtrend pattern. The benchmark index ASX 200 settled at 6780.90 points after losing 12.90 points, a decline of 0.19 per cent on Friday's closure at 6793.80 points.

The Materials sector remained the top-performing sector for today. It surged by 2.58 per cent. All other sectors finished in the red zone.

On 19 February 2021, the Nasdaq Composite traded flat and closed the day's trade up by a mere 0.07 per cent, Dow Industrials remained unchanged, and S&P 500 marginally declined by 0.19 per cent.

TO KNOW MORE ON TODAY'S TRADING, READ HERE: Why did ASX start the week on a tepid note?

See the graph for the best and worst performing stocks on Monday. 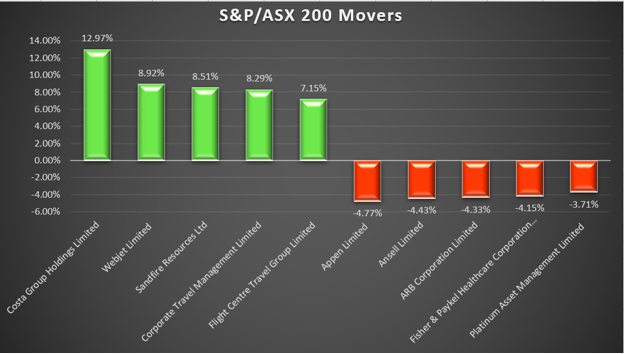